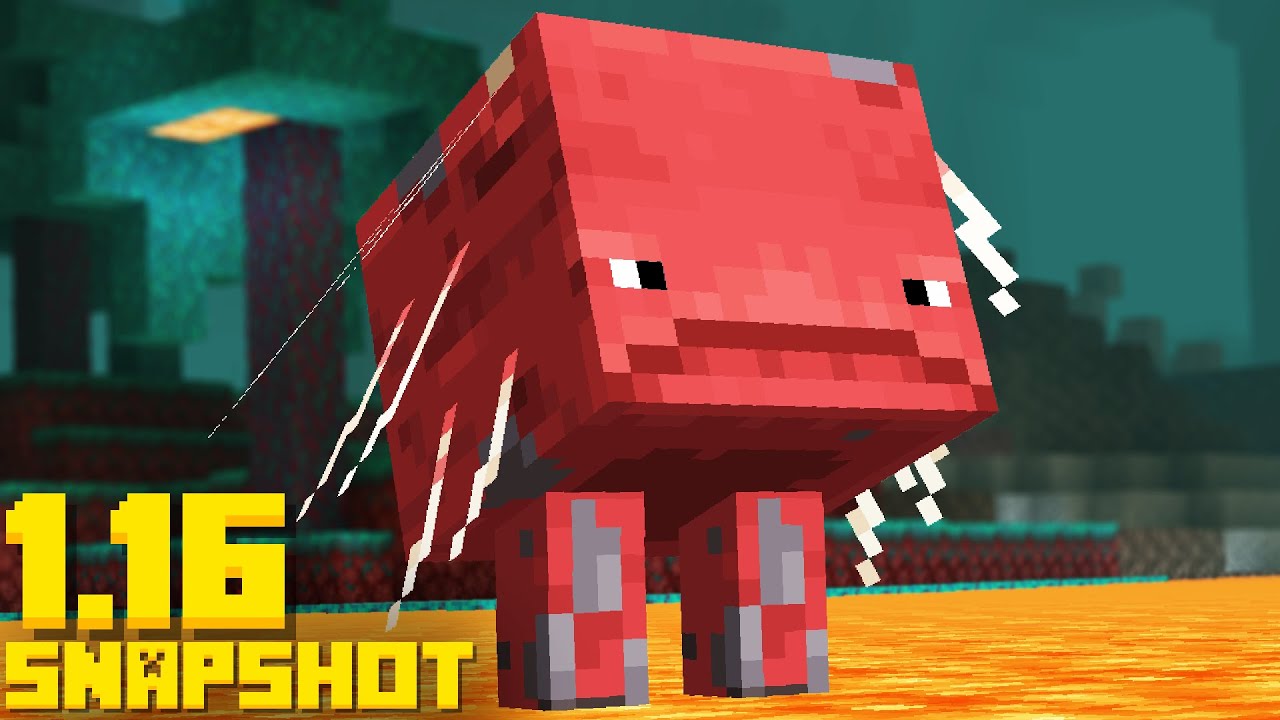 In this recent snapshot, Mojang has added new advancements to Minecraft tied explicitly to the nether and focuses on the new mobs and new material, Netherite.

The new advancements are ‘Hidden in the Depths’ which is unlocked with obtaining Ancient Debris, ‘Cover me in Debris’ which unlocks when getting a full set of Netherite Armor.

The advancement ‘This Boat Has Legs’ unlocks when riding a Strider with a Warped Fungus on a Stick. The Strider is a passive mob that spawns in the nether on lava seas and can be controlled similar to how pigs are controlled with a carrot on a stick.

‘Hot Tourist Destinations’ is a new advancement unlocks when visiting all biomes in the nether. The advancement ‘Oh Shiny’ is unlocked when the player distracts an angry Piglin with a gold item. 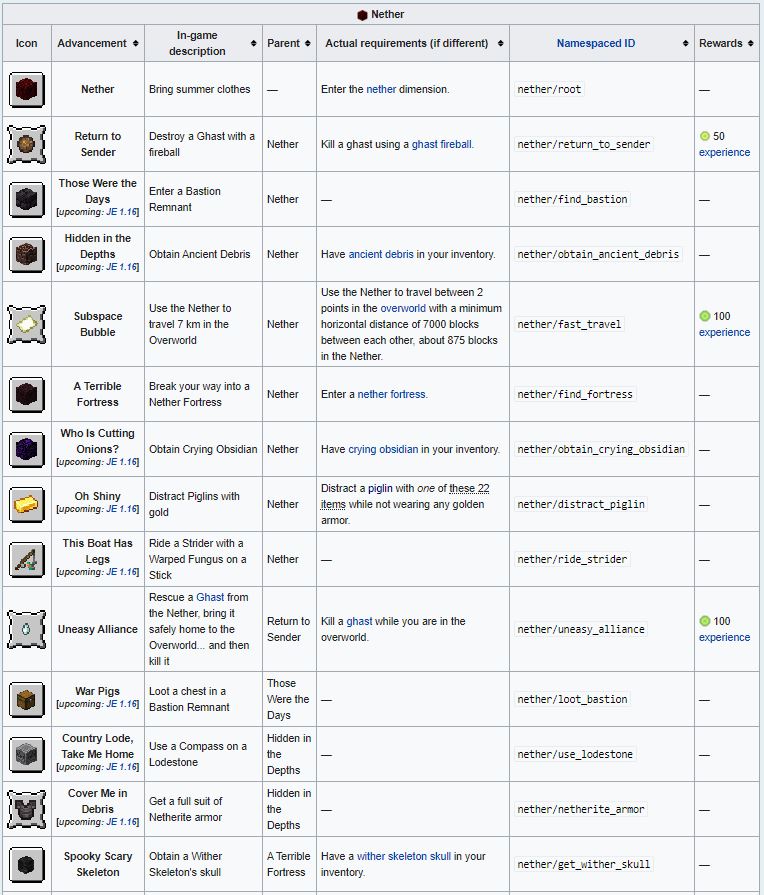 Besides adding new advancements, this snapshot has some changes to existing advancements. The ‘Bullseye’ advancement now unlocks when hitting the bullseye of a target block from up to 30 meters, or 30 blocks, away.

Another advancement that got a change is the ‘Serious Dedication’ advancement which is now awarded for obtaining a Netherite Hoe.

When players obtain Blackstone, this now counts for the ‘Stone Age’ advancement, making this advancement easier.

This Snapshot is primarily focused on adding and changing the existing advancements to better incorporate the new material and the new nether in general, with snapshots these advancements could potentially be changed in the future and altered, but with how specifically they are all set up. Seemingly, these advancements are here to stay!