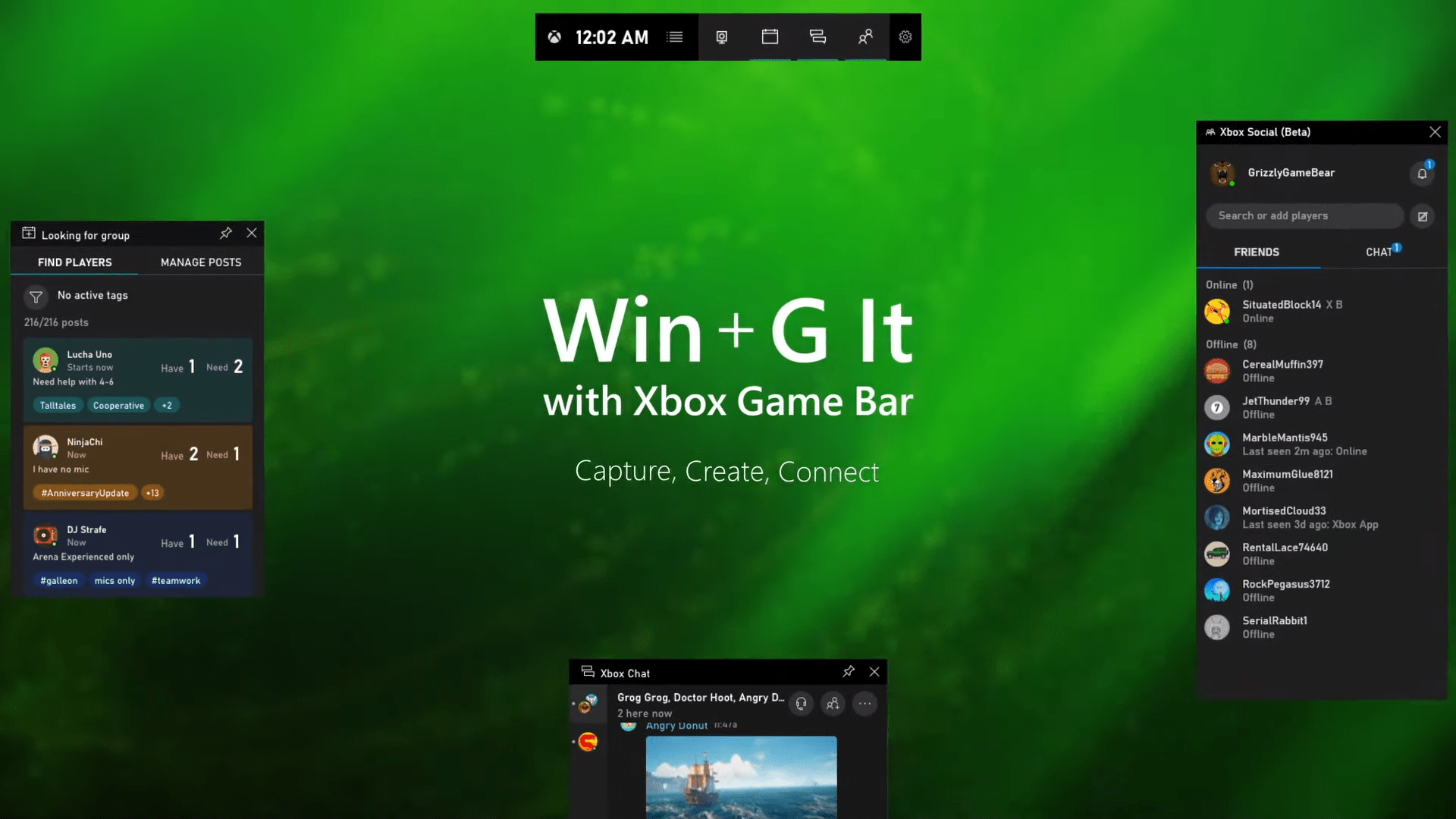 It may seem a capricious statement regarding the same company that made Windows 10 downloads near mandatory even while users were attempting to dodge the intrusive operating system, but Microsoft has come farther after their inevitable capitulation in regards to the anti-consumer practices (after European courts started slapping them with fines).  Recently, they’ve announced that a wealth of games are moving from the sole domain of the Microsoft Store to also arrive at Steam, bringing Steam the massive franchise that is Halo to their best sellers list for over a month, and also giving State of Decay 2 another chance to resurrect itself (pun fully intended) after the Microsoft Store version had a wealth of bugs in regards to attempting to play online.

Yet they’ve also developed a feature called the Xbox Game Bar for PC, and it’s easily viewed by pressing the ‘home’ button of whatever controller you’re using.  Pressing it brings up a handy screen with a wealth of information; some tremendously useful, and others not so much.

Xbox Game Bar via Microsoft, over Rimworld by Ludeon Studios

First, the ugly; the Xbox Social feature is still in Beta, but not entirely useful for the vast majority of PC gamers (unless they also own an Xbox One).  It doesn’t track friends from various platforms, perhaps running into the same problems that GOG Galaxy 2.0 has in terms of interplatform social features; it could also be entirely by design.  The LFG tool (looking for a group, colloquially) can also be hit or miss, although that could very well be due to the fact that some aren’t entirely enthused about the opportunity to play with those far younger that seem to currently litter the tool.

Both of those features do prominently state (Beta) within the tool, so we could plausibly expect them to be upgraded in the (hopefully) near future.

The audio panel is nearly a godsend for PC gamers that switch between their headsets and desk speakers regularly, depending on how they’re using their PC.  The ability to manage various audio sources while in-game, and change the output of audio, finally brings ease to the burden of alt-tabbing that has plagued PC players for decades.

The resource monitor in the bottom left allows players to gauge bottlenecks within their hardware without needing to bring up the task manager; now we can watch Monster Hunter: World melt our PCs in real-time, without bringing up a bunch of various windows.  From internal testing, everything that the Performance monitor has reported has been matched in Afterburner, although FPS typically fails to show up.

The capture software is relatively mediocre, although allowing it to be accessed in-game at a moments notice is a nice touch, removing the need to leave the title to boot whichever capture software users prefer.  Spotify is also an option that works well after linking your account, although I personally tend to prefer operating that within its own separate window.

Users can select which windows appear on the game overlay, and use the vast amount of tools while still staying tuned to the action on the screen.

PC gamers can likely expect further developments on this overlay in the near future, and start playing around with them now.  Let me know what your thoughts are on the Xbox Game Bar in the comments!

What are the Vestiges of Divergence Coming in the Explorer's Guide to Wildemount?