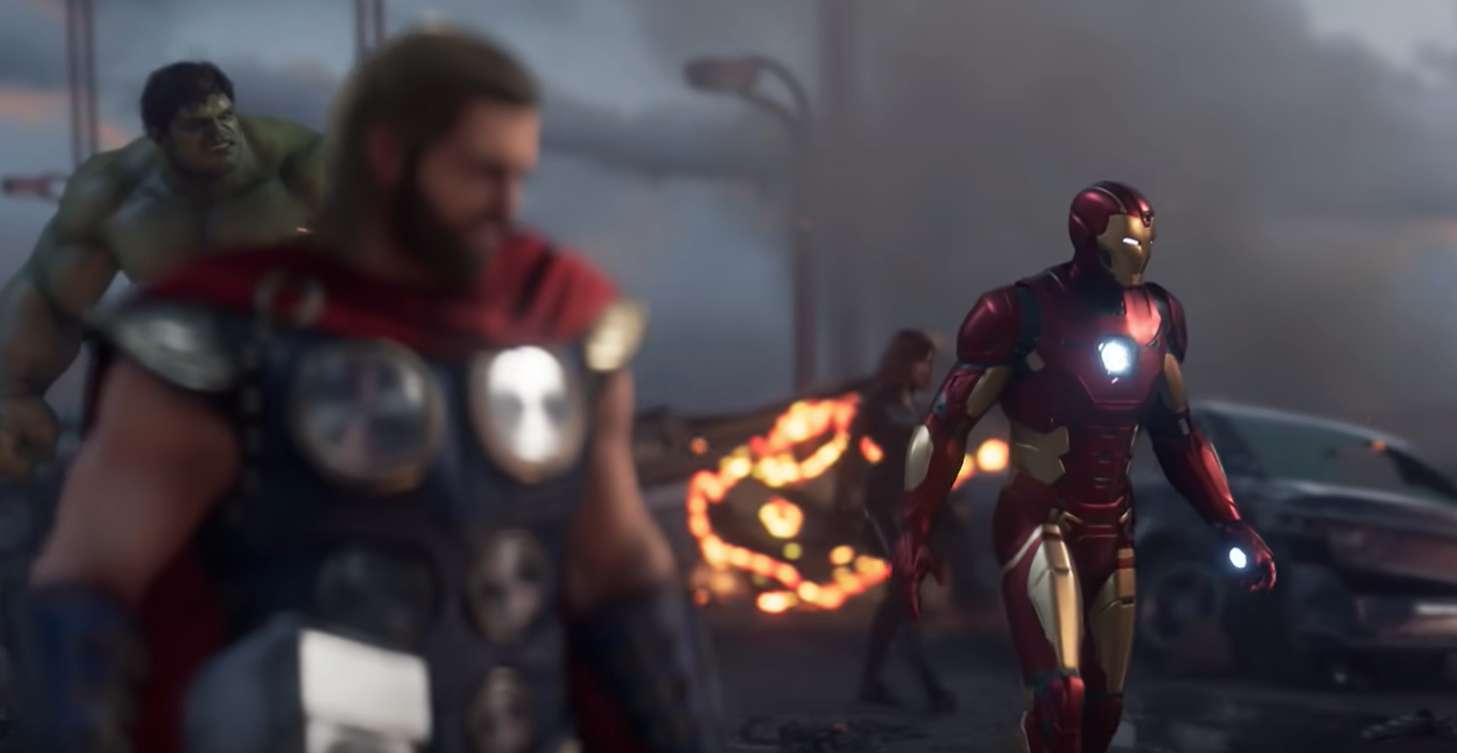 A new trailer has been released for Marvel’s Avengers, which is being developed by Square Enix and Crystal Dynamics for a September 2020 release.

The trailer, which can be viewed below, has been dubbed the “Pre-Order Trailer” as it has information contained within about certain pre-order bonuses that players can receive for reserving their copy of this long awaited super hero title.

While certainly not the longest trailer we’ve gotten for this title, this video showcases both gameplay and story elements together, highlighting each of the core Avengers and Kamala Khan, AKA Miss Marvel.

We’re given some truly stunning visuals of Thor, Iron Man, Hulk, Black Widow, Khan, and Captain America in action. Throughout the heart pounding gameplay sequences we get more of a taste for the story of this game.

Captain America has seemingly been killed, The Avengers have disbanded, but they’re coming together once more, rallied by Khan to pick up the mantle and become Earth’s Mightiest Heroes again.

“The kid isn’t human,” Bruce Banner, AKA The Hulk, says in the trailer to Iron Man. “We did this, and she needs your help.”

Khan also presses the team on the planet’s need for the Avengers.

“People believe in The Avengers,” she says, “we can’t just sit around and do nothing.”

We then hear Khan scream out her signature catchphrase, “Embiggen.”

Gamers are still on a Marvel kick following the release of Spider-Man on PlayStation 4 back in 2018. This PS4 exclusive was one of the most popular and well received games of that year, which is really saying something in a year that also saw the release of God of War and Red Dead Redemption 2.

We also briefly get a look at Khan in her Miss Marvel costume, proudly donning the red and blue as she fights alongside The Hulk in a very quick scene.

Some other notable moments in the trailer include Hulk tearing down a hallway, Black Widow performing a grapple take down in midair, Captain America taking out enemies with his iconic shield, and Thor using his hammer to juggle an enemy soldier in the air.

Pre-order bonuses for this title include a legacy outfit set featuring all of the playable Avengers, an exclusive nameplate, and beta access.

Marvel’s The Avengers was originally slated for a release this spring. That changed a few weeks ago, when Square Enix announced that it was delaying the title into the fall. This was the same day that the company announced it would be delaying Final Fantasy VII Remake until April.

The Coronavirus Is Ruining Valve's Plan To Restock Index VR Units Prior To Half-Life: Alyx's Release