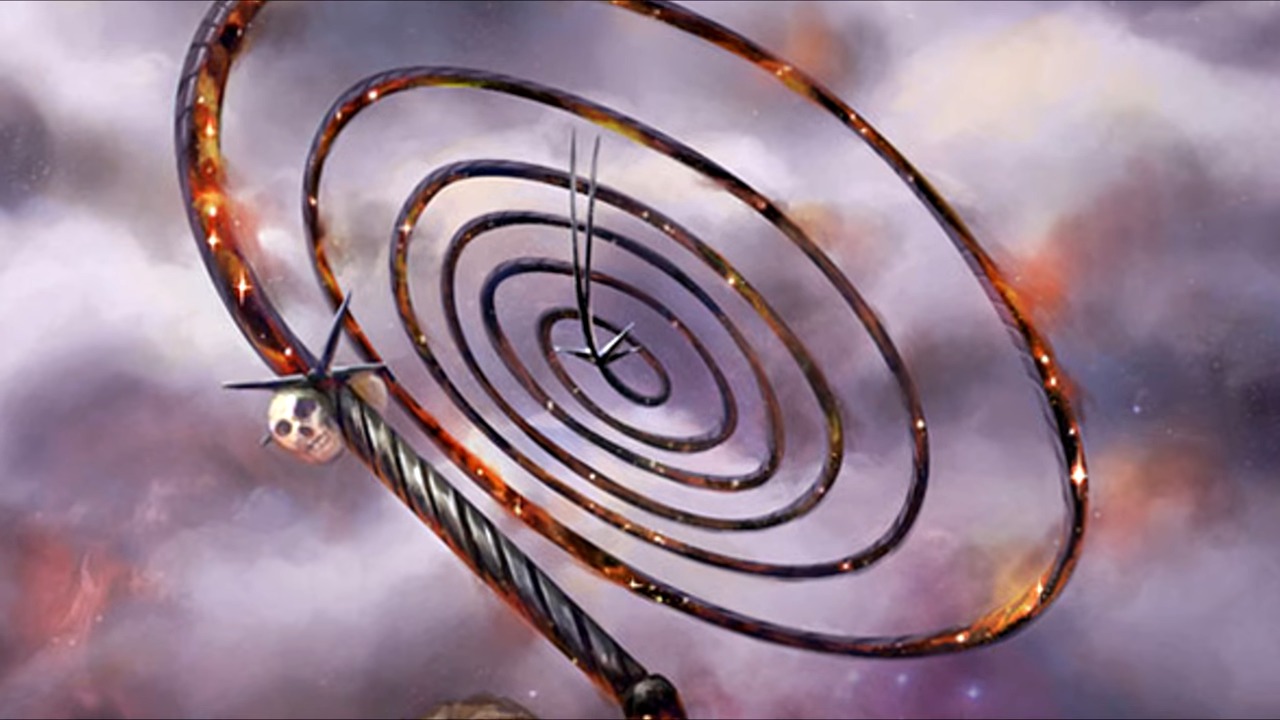 If you’ve made it to part 3 of the Magical Artifacts series, then you probably don’t need much of an introduction to what this article will go over. Just keep in mind that these artifacts are immensely powerful magical items, and are intended for use in the Mythic Odysseys of Theros campaign sourcebook for Dungeons and Dragons 5th Edition. If you would like to use them outside of MOoT, consider reviewing them for balance before adding them to your campaign.

Spear of the Sun — This weapon gains a +3 bonus to attack and damage rolls when you hit with this weapon. Additionally, the target takes an extra 2d8 radiant damage when hit by it.

Blessing of the Sun — If you are a worshipper of Heliod, you gain the following benefits at the required Piety levels:

If you aren’t a worshipper of Heliod, the spear has two randomly determined major detrimental properties.

Luminous — The spear sheds bright light in a 30-foot radius and dim light at an additional 30 feet. The light is sunlight.

Sun’s Retaliation — When you take damage from a creature within 5 feet of you, you can use your reaction to make a melee attack against the creature with the spear. On a hit, the spear does damage as normal and the creature is blinded until the start of its next turn. This property can’t be used again until the next dawn.

Spells — The spear has 10 charges. As an action, you can expend one or more of its charges to cast one of the following spells with a save DC of 18: Guiding Bolt (1 charge), Daylight (3 charges, targeting the tip of the spear only), Sunbeam (6 charges). The spear gains 1d6+4 charges at dawn.

Destroying the Spear — If taken to Erebos’ palace in Tizerus, and a champion of Heliod is sacrificed, the spear is either destroyed or twisted to Erebos’ service.

Whip of the Dead — The magic whip gains a +3 bonus to attack and damage rolls made with it. Additionally, the target takes an extra 2d8 necrotic damage, and you regain hit points equal to half the damage dealt.

Also, when you make an attack with the whip on your turn, you can increase the range of the attack to 300 feet. This property can’t be used again until next dusk.

Blessing of the Dead — If you are a worshipper of Erebos, you gain the following benefits at the required Piety levels:

Erebos’ Claim — While carrying the whip, you can use an action to cast either Circle of Death or Dominate Monster (targeting only undead) from the whip. The spell save DC is 18. Once you use the whip to cast a spell, it can’t be used like this again until the next dusk.

Destroying the Whip — To destroy the whip, it must be taken to the heights of Mount Hiastos in Nyx, unraveled by a returned, and left to bask in continual daylight for one month.

If you like this material and would like to know more, it’s suggested to view the Mythic Odysseys of Theros for more information.

Enhancement Shaman Has Been Given A Heavy Rework For World Of Warcraft: Shadowlands Alpha