Paramount Pictures has announced the release date for the sequel live-action movie adaptation of Sonic the Hedgehog. Little additional information has been announced about the film so far, especially since it’s not scheduled hit theaters until 2022.

Sonic’s voice actor in the film, Ben Schwartz, also confirmed the date on Twitter. The voice actor is seen in an airport traveling by a giant, horizontal Sonic the Hedgehog poster but doesn’t say anything in the video.

The sequel was first confirmed to be in development in May. After it’s highly successful launch in February, before COVID-19 shut down most theaters across the globe. Fans expected a sequel because of implications made during the film but weren’t sure which characters are confirmed to return, except for the movie’s primary protagonist Sonic.

The reason why the movie isn’t scheduled to launch until 2022 is unknown. Many speculate that the film’s production may be delayed due to the current COVID-19 situation, where many movies, tv shows, and video games have been set back because employees on the projects are working from home.

Sonic the Hedgehog, the live-action film brought the blue hedgehog from his peaceful world into today’s world. Sonic accidentally ends up on Earth and has to learn how to deal with his new situation. After accidentally knocking out the power grid, he gains the attention of Dr. Robotnik, portayed by Jim Carrey.

Sonic the Hedgehog is no stranger to adaptations. The blue hedgehog has appeared in comics, 2D cartoons, and 3D cartoons. Several spin-off games have also been released, including the most recent mobile title Sonic at the Olympic Games – Tokyo 2020.

Sega is preparing for the 20th anniversary of the long-running Sonic the Hedgehog franchise next year. Over the year, the company has released content for fans such as wallpapers, avatars, and interviews with developers who have worked on the series. The company continues to surprise fans with new announcements on social media. 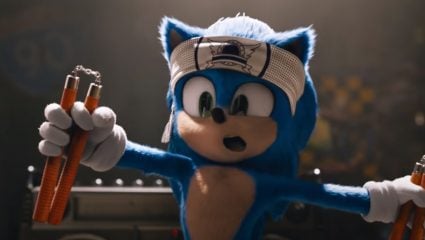 Jun 6, 2020 Kevin J. Kessler 13150
It was only a matter of time before the sequel for the Sonic the Hedgehog movie went into development over at Paramount. The movie was one of 2020's...

Jun 1, 2020 Lisa Nguyen 4330
Paramount Pictures and Sega Sammy have confirmed that the live-action Sonic the Hedgehog film is getting a sequel. The first film was initially...

Lonesome Village Is A New RPG Adventure Headed To Kickstarter