Legend Of Zelda: Breath Of The Wild Sequel Trailer Played In Reverse Could Be Sparking Some New Game Theories 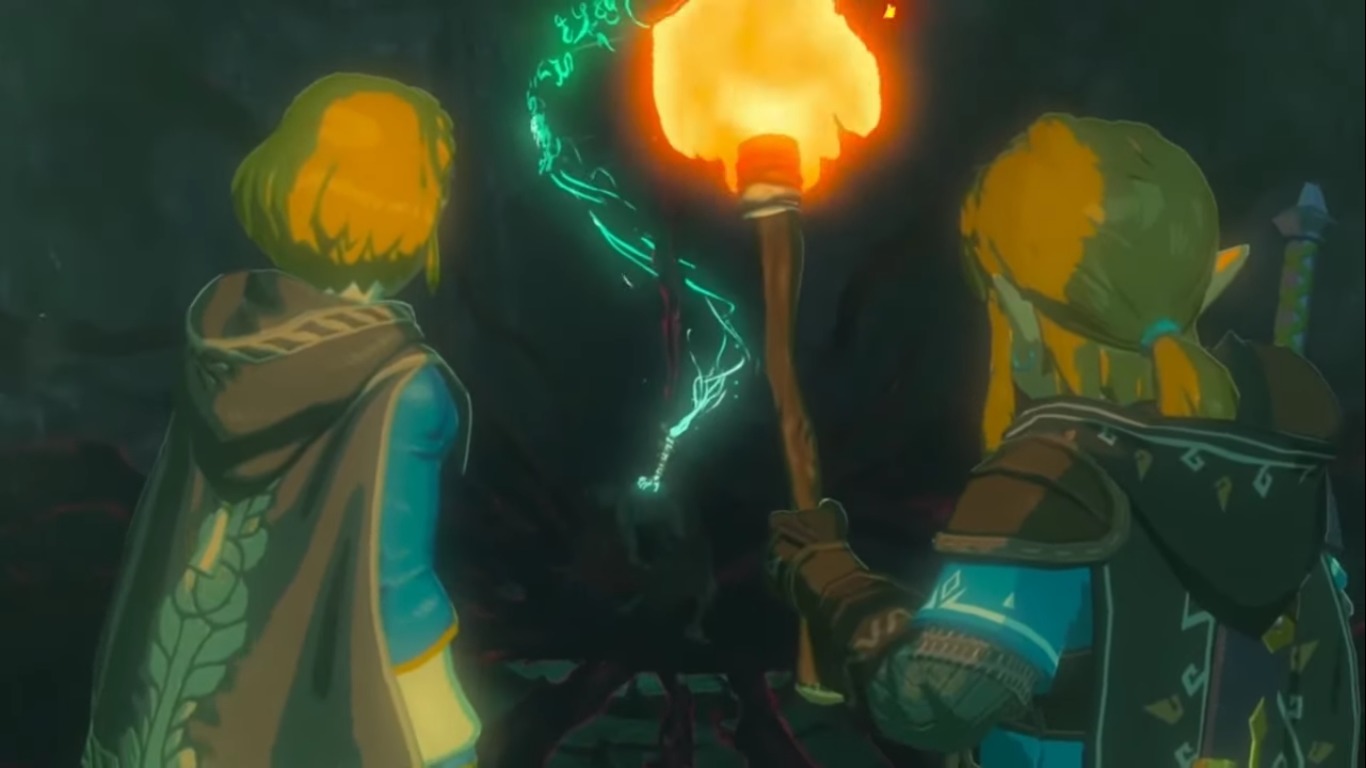 On June 11, during the E3 2019 Nintendo Direct presentation, people were on the edge of their seats when Nintendo announced that The Legend of Zelda: Breath of the Wild would be getting a sequel. It didn’t take long after the release of the teaser trailer for fans to start picking it apart in search of clues as to what the game might include.

Though the video itself is less than two minutes long, it paints a wonderfully eerie picture through its cinematics and audio. The trailer starts out in silence, illuminating the screen with blue-green hues and vivid glowing script spiraling above, but after a few seconds, viewers are introduced to what sounds like a chorus of ghostly voices as we are given a glimpse of this new adventure.

Viewers are pinpointing certain words and phrases throughout the video such as “Zelda, find the body” and “help us…please.”. Which is building on the popular theory that Zelda will be a playable character in the game. Playing as Zelda is a super exciting theory, however, Nintendo and Zelda series producer Eiji Aonuma hasn’t confirmed or denied the possibility of being able to play as Zelda in Breath of the Wild 2.

One idea circulating is that the shriveled, undead corpse featured in the trailer is actually Ganondorf. Even though at the end of the original Breath of the Wild, Calamity Ganon is defeated. It seems as though Ganondorf may be making a comeback in Breath of the Wild 2. This currently seems to be the most popular and followed theory.

With it being so early on, it’s almost impossible for anyone to tell the difference between fact and theories at this point. Until confirmed by Nintendo. However, the ideas currently floating around and puzzle pieces being put together are doing an incredible job at adding to the already rising anticipation of the game. As creepy as it may be, the Breath of the Wild 2 teaser trailer being played in reverse could include some clues that players have been looking for.

Give it a listen for yourself and decide.

Sep 27, 2022 Tom Lee 110
A portrait of Mimikyu by a gifted Pokemon enthusiast, painted by hand on a tiny canvas, has received nearly universal praise. It's no secret that the...

Sep 26, 2022 Tom Lee 690
Even more cutscenes and the Squid boss fight from the demo for Sonic Frontiers have been leaked. In addition, fans may get a taste of games like this...