Google released this game on Steam November 1st of last year and since then has gain 190 reviews with a “very positive” score. The game was born out of Area 120, where Google creates many experimental projects that usually don’t make it out of the testbed. It was not until June 13th that Google publicized the game to draw in a broader community. The game’s purpose is to help people without a programming background create their own video game and share it with friends.

It is not the first of its kind as many games endeavor to capture the creative feel that Minecraft exhibits and try to find a way to aid the in-game community creation. Most modern games of this style are web-based development engines hoping to entice new game developers by creating a drag and click interface. This game differs from that formula by being a game itself and allowing all development controls to be accessible to the player’s avatar rather then a window. This makes game development feel more approachable and provides a different option for people wishing to develop their videogame.

Game Builder provides a co-op mode allowing multiple players to build the game together and collectively craft the world around them. The game also allows you to share your creations and browse through games created by other players. The graphics are simple, and a tutorial is provided to get players started as they build their worlds.

For those looking for more advanced experiences, the game does allow players to develop within the game using JavaScript if they are familiar with it. Although this is an advanced feature, the game does not require it for most applications.

The core game provides thousands of 3D models to choose from allowing several options for players to build. If you wish to create your models, you can use Google Poly to craft them and use them in your game instantly. Players that have ever crafted a fort or dug a mine in a game can easily use the Game Builder system to build their very own world.

The developers at Area 120 have worked tirelessly to make the game development experience as easy to use and streamlined as possible. This will be the first game of its kind, allowing simultaneous development and will hopefully revolutionize the genre. If nothing else, the game will help many aspiring game developers create their first worlds and share it with their friends and family. 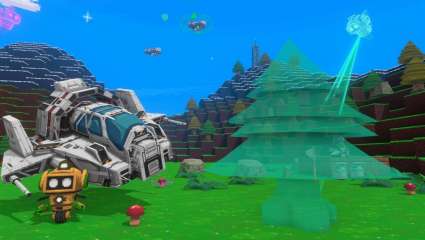 Jun 15, 2019 Joshua Goodpastor 1550
Google released this game on Steam November 1st of last year and since then has gain 190 reviews with a "very positive" score. The game was born out...