Genetically Mutated Vegetation Has Destroyed Civilization In G.R.E.E.N. THE LIFE ALG0R1THM, Coming To All Platforms

Mother nature has taken her revenge against humans, and its in the form of genetically mutated vegetation.

G.R.E.E.N. THE LIFE ALG0R1THM, also known as Green Video Game, is an adventure-platformer game. Players must navigate through a world overrun by vegetation while they solve puzzles and battle the green beasts in a dystopic yet lush apocalyptic world.

Here is a gameplay trailer for G.R.E.E.N. THE LIFE ALG0R1THM:

In this game, vegetation has taken over the world, and most humans have been eradicated.

A group of scientists developed a strategy to eliminate famine in the world called “The Algorithm of Life.” This involved genetically modifying vegetation to accelerate their growth. Evidently, the scientists didn’t get the result they were looking for.

The vegetation ended up transforming into monsters. They became intelligent and menacing beasts, and they took their revenge on humans by absolutely destroying civilization.

However, not all humans were lost. A small group was able to use an Advanced Withering System (known as S.M.A.), which created an artificial desert called the
OA515. This desert was able to deter the vegetation, creating a safe zone for humans.

This S.M.A. worked for seventeen years. However, it began to fail, which has put the survivors at risk.

The gamer will play Zand, who sets out on a mission to repair the S.M.A. and prevent humanity from being totally wiped out.

The basic game mechanics operate like many adventure platformers. Zand will have a weapon that players can use to attack the vegetation, as well as mechanics like rolling, wall sliding, and enemy dragging.

An interesting element with the game is that the player cannot kill the lethal plants, only stun them. Figuring out when and where to stun the plants will be a big part of the game.

By stunning the plants, the player can use them as platforms, projectiles, and most importantly, to solve puzzles.

G.R.E.E.N. THE LIFE ALG0R1THM is labeled an avant-garde (new and unusual) experience because of the design and programming of the overpowered vegetation.

The intelligence of the enemy plants has been developed with Unity Tensorflow and ML-Agents tools to create a more unpredictable nature. This will make the game much harder for the player as they will not be able to anticipate the behavior of their foe.

This platformer mechanics may not be overly unique; however, with the stun/puzzle concept along with the intriguing storyline, G.R.E.E.N. THE LIFE ALG0R1THM may be worth it to check out.

G.R.E.E.N. THE LIFE ALG0R1THM is set to come out November 21 on the Nintendo Switch, and November 22 on Steam, PlayStation 4, and Xbox One.

Call Of Duty League's Official Game Modes And Maps Have Been Outlined In The Competitive Settings V 1.0, Subject To Change 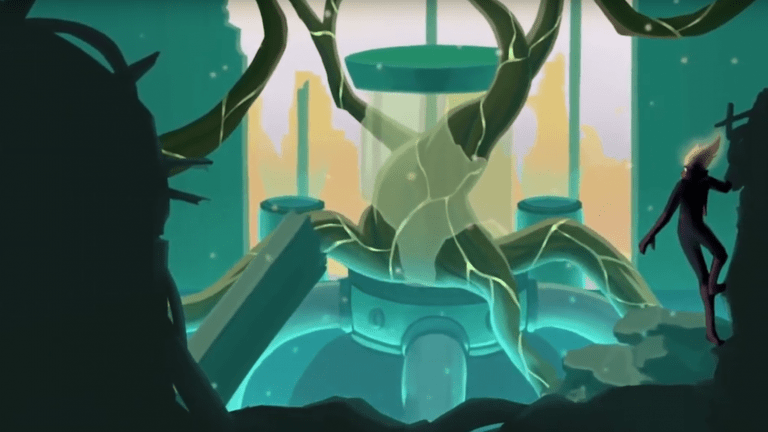 Genetically Mutated Vegetation Has Destroyed Civilization In G.R.E.E.N. THE LIFE ALG0R1THM, Coming To All Platforms

Nov 16, 2019 Stephen McCaugherty 3430
Mother nature has taken her revenge against humans, and its in the form of genetically mutated vegetation. G.R.E.E.N. THE LIFE ALG0R1THM, also...