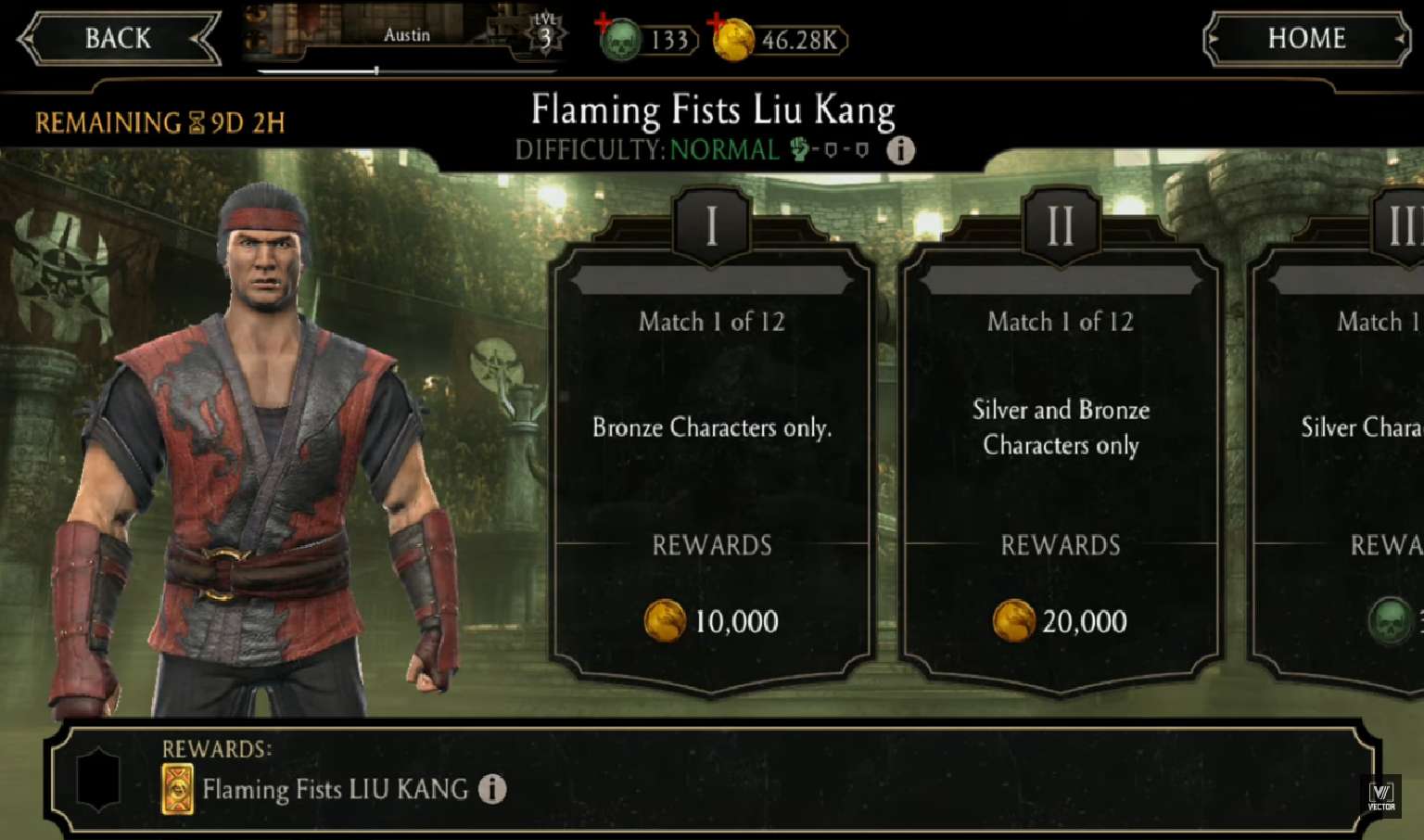 Liu Kang is a character who needs no introduction but deserves one all the same. And for this week’s character towers, Liu Kang is getting his chance to shine.

Liu Kang was introduced in the first game in the series, the original Mortal Kombat, where he defeated Goro and Shang Tsung, setting back Shao Kahn’s quest to invade Earth Realm through 10 victories in Mortal Kombat. He defeated Shao Kahn himself in the next game in a new “one victory, and either Shao Kahn gets to merge Earth Realm with Outworld or he’s barred from Earth Realm forever” tournament.

This second tournament was a ruse, however, to allow Shao Kahn to resurrect his wife Sindel in Earth Realm, allow Shao Kahn to ignore the rules and merge Earth Realm so he could get access to his wife. Lui Kang again defeated Shao Kahn, weakening the Emperor greatly and forcing him to abandon his conquest.

Liu Kahn went on to defeat Shinnok in Mortal Kombat 4, and even though he denied Kitana’s quest to join her as Edenia’s king, Liu Kang was still riding high. But this was not to be, as he was killed by Shang Tsung and Quan Chi in the opening of Deadly Alliance. His body was resurrected by Dark Raiden in Deception, with his soul set lose from his body. This would be his fate until Armageddon when Raiden sent his message back in time to the first game in the timeline.

His towers are as expected; the first tower is the bronze only, second is bronze and silver, and the third is silver only. The fourth tower requires at least 1 Outworld character, and the final one requires D’Vorah to be on the team, a strange choice given that Liu Kang didn’t have any interaction with her before.

Liu Kang is an important character to the franchise, and his Flaming Fists variation does him justice. If players don’t have him, they’ll want to get through his toward as soon as possible.

Rush Grotto Is A Colorful Dungeon Crawler That Is Absolutely Free Through Itch.Io