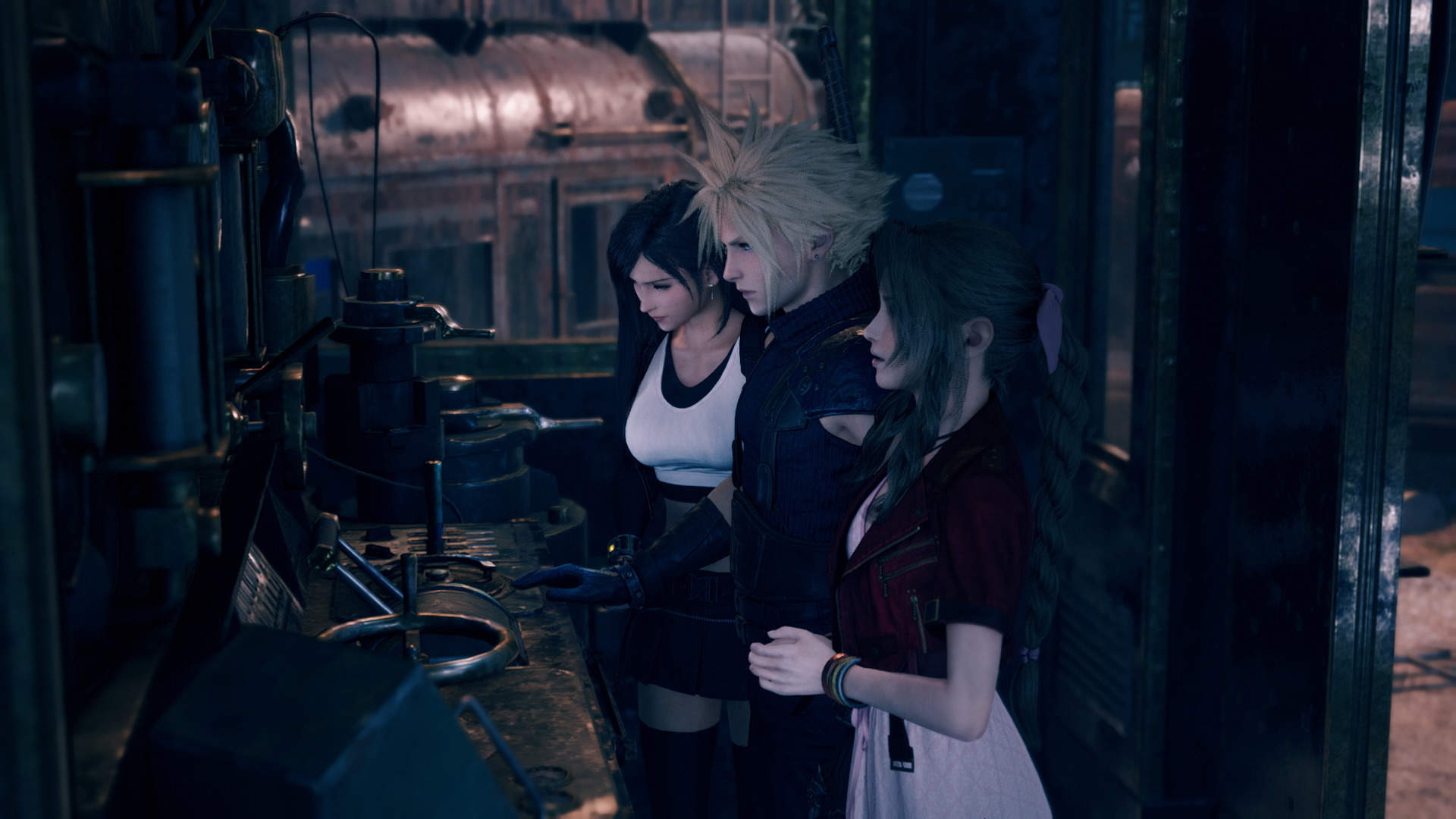 In the original 1997 release of Final Fantasy VII, one of the most frustrating areas to navigate through was the Train Graveyard. It took place immediately following the Wall Market portion of the game, which was highly entertaining and set the scene for a major climactic event about to befall our heroes.

Before Cloud, Tifa, and Aerith could rush off to try and save the day, they have to make their way through the Train Graveyard, a series of decommissioned trains that are arranged in a maze-like way.

There is no talking, no story elements, just a confusing area with some hidden items, frequent random battles, and maddening ghost enemies to fight.

That is apparently changing when Square Enix steps back up to the plate for Final Fantasy VII Remake.

Square Enix released a number of screenshots showcasing the reimagined area, and they are breathtaking, to say the least.

Square seems to have brought the Train Graveyard back to life in a way that is familiar yet fresh, with a number of new story-driven elements added into the mix to keep the player entertained.

As you can see in the above image, everything from the setting to the layout of the trains seems to be perfect.

In the images above and below, we can clearly see all three members of the party interacting with the environment. According to Square Enix, that is not an accident.

“The story is more detailed, with more dialogue, story sequences, and a greater portrayal of the citizens’ lives,” Square said. “The Train Graveyard is a perfect example of this. Originally used during the construction of Midgar, this area has since become a junkyard for old and abandoned trains. Strong winds make the rusting carriages creak and groan, and odd high-pitched sounds echo over the area.

“You may remember this location from the original Final Fantasy VII. In that game, there was no dialogue here, but in Final Fantasy VII Remake, characters will talk to each other as they explore the maze of wreckage. The new game also adds a new story into this area, with multiple event scenes.”

It will be interesting to see how many new story elements are introduced into the world of Final Fantasy VII through this remake. After all, this first game in what is meant to be a multi-chapter experience will be focusing on the Midgar section of the original game.

In the 1997 release, that only encompassed about four to five hours of gameplay, yet Square assures us that this is going to be a full-length RPG adventure.

The ESA Promises Improvements For E3 2020, Vows To "Shake Things Up" This Year