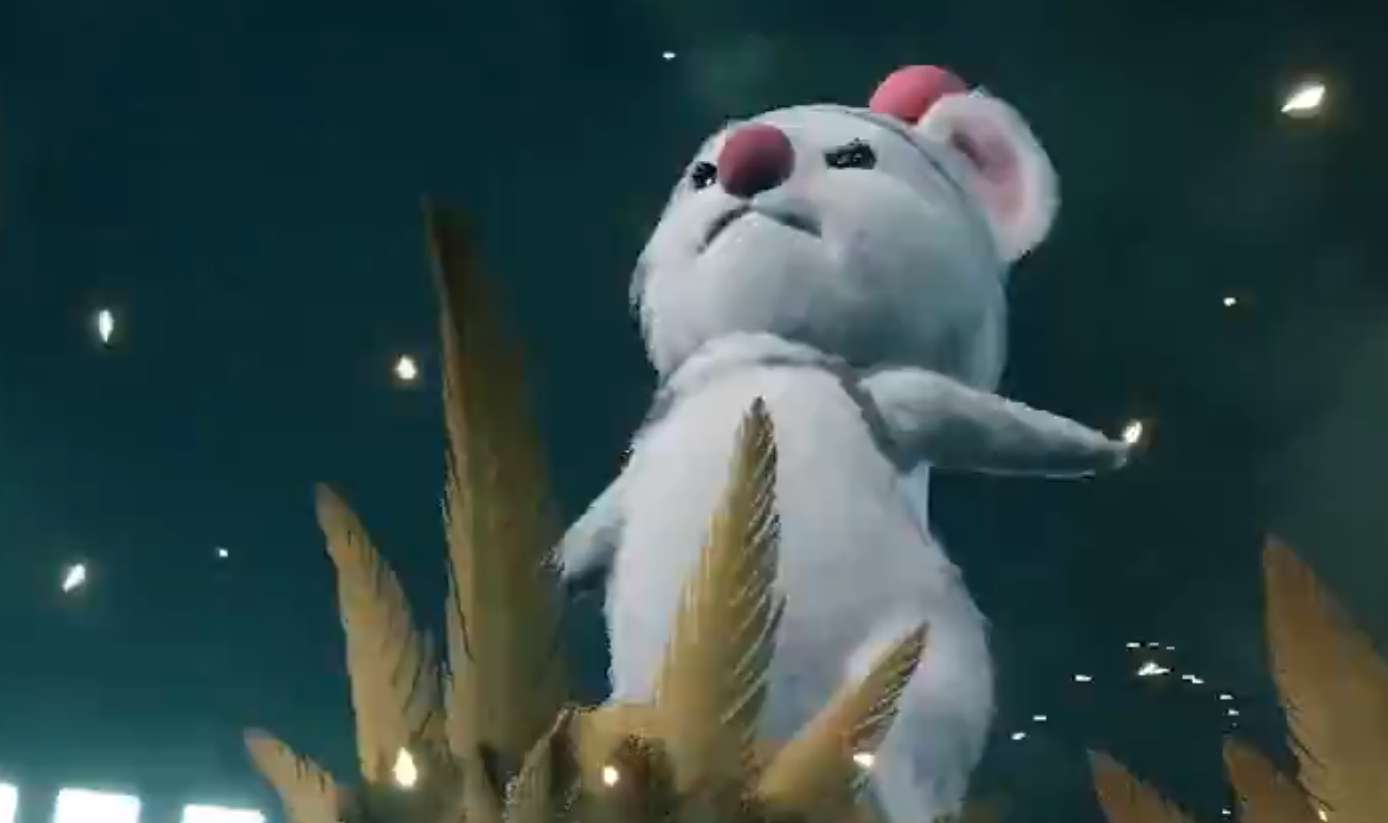 If you have ever played the original release of Final Fantasy VII, then you’re familiar with how Summon Materia works.

Or, at least, how it used to work!

They might look cute and innocent but Chocobo and Moogle have no problem charging into battle! #FF7R pic.twitter.com/MTUy5HsZ4t

Of course, the first summon Materia acquired in the original 1997 release was ChocoMog.

When you arrive at the Chocobo Ranch after leaving Midgar in the first disc, Cloud can witness a pen of Chocobos dancing around. At the end of their little feathery jig, they hand over the ChocoMog Materia.

That spell involves summoning a helpful Chocobo, on which a moogle rides. Together, they smash into the enemies, causing physical damage. Then, the disoriented moogle is picked back up by the Chocobo and they run off together.

In Final Fantasy VII Remake, this dynamic duo returns, appearing much earlier in the story than they did in the original game.

“They might look cute and innocent, but Chocobo and Moogle have no problem charging into battle,” Square Enix said in a tweet that showed off a video of ChocoMog’s new functionality.

In the video we see Cloud summon the ChocoMog spell. The Chocobo rears back before an entire herd of Chocobos runs forward, smashing into enemies, led by the Chocobo and Moogle that were initially summoned.

Summons work differently in Final Fantasy VII Remake. As we saw in an earlier gameplay video released by Square Enix, while summons once just appeared, fired off an attack, and left, now they show up and fight alongside the party for a period of time.

We saw this functionality at play with Ifrit. In the video, Ifrit is summoned while Cloud, Tifa, and Aerith are battling Abzu, a massive reptilian boss located in the sewers below Wall Market. Ifrit functions like a fourth member of the party, eventually firing off a massive fire-based attack before he vanishes once more.

Aside from Ifrit and ChocoMog, we’ve also seen some footage of Shiva, Chocobo Chick, Carbuncle, and Cactaur in action.

Originally, Final Fantasy VII Remake was set to release on March 3, 2020. However, Square moved the release back and it will now be coming out worldwide on April 10, 2020.