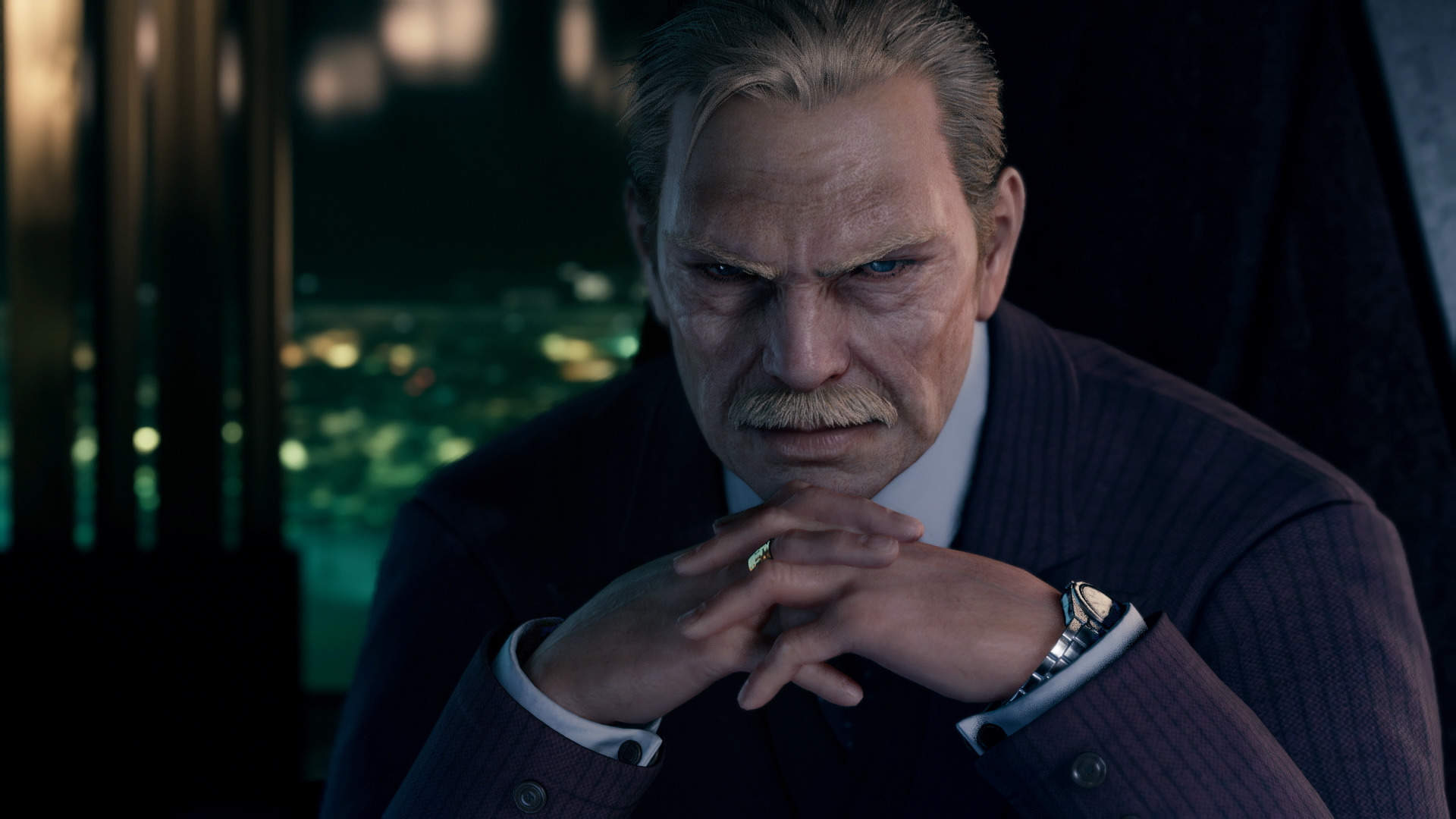 Final Fantasy VII Remake is on its way. With a little more than 60 days remaining before it’s early March release, Square Enix has been rolling out the hype train.

The company recently released a slew of information on the Shinra Electric Power Company, the evil corporation at the heart of the remake’s plot.

Shinra, while not the main antagonist of Final Fantasy VII, is a constant presence and threat hovering over our heroes. Because the remake is being released in installment games, the threat of Shinra is going to loom large in this first piece of the Final Fantasy VII Remake puzzle.

To that end, Square gave us some more information about two of the major players behind the Shinra Company, Heidegger and President Shinra himself.

Starting off with the Big Cheese, Square released a screenshot of President Shinra, who was never previously depicted through any CGI cut scenes in the game’s original release. Players have only ever seen President Shinra in the blocky polygons of the 1997 game’s walk around graphics.

But here is our first look at the Shinra boss in stunning modern day HD.

“The current president of the Shinra Electric Power Company raised the company up from a small arms manufacturer to the massively powerful conglomerate it is today. He can be generous to his allies, but when it comes to business, he’s utterly ruthless. He’s willing to use cutthroat business tactics to make a profit – and eliminate anyone who gets in the way.”

Anyone who played the original Final Fantasy VII would also recognize the Shinra company’s second-in-command, Heidegger. We got our first glimpse of Shinra’s director of Public Security in a new screenshot released alongside the image of the president.

Heidegger seems to be in much better shape for the remake, as he was often depicted in the original to be a lot heavier. He’s also sporting a nasty-looking scar over his right eye that was not shown in the PlayStation One version of the game. This character also received a bio courtesy of Square Enix.

“As well as being the director of Public Security, Heidegger has been President Shinra’s right-hand man since the early days of the company. He’s just as ruthless as his boss, and will do anything to get what he wants – even sacrifice his own subordinates. He’s trusted implicitly by the President, and this has made Public Security the most powerful department within Shinra.”