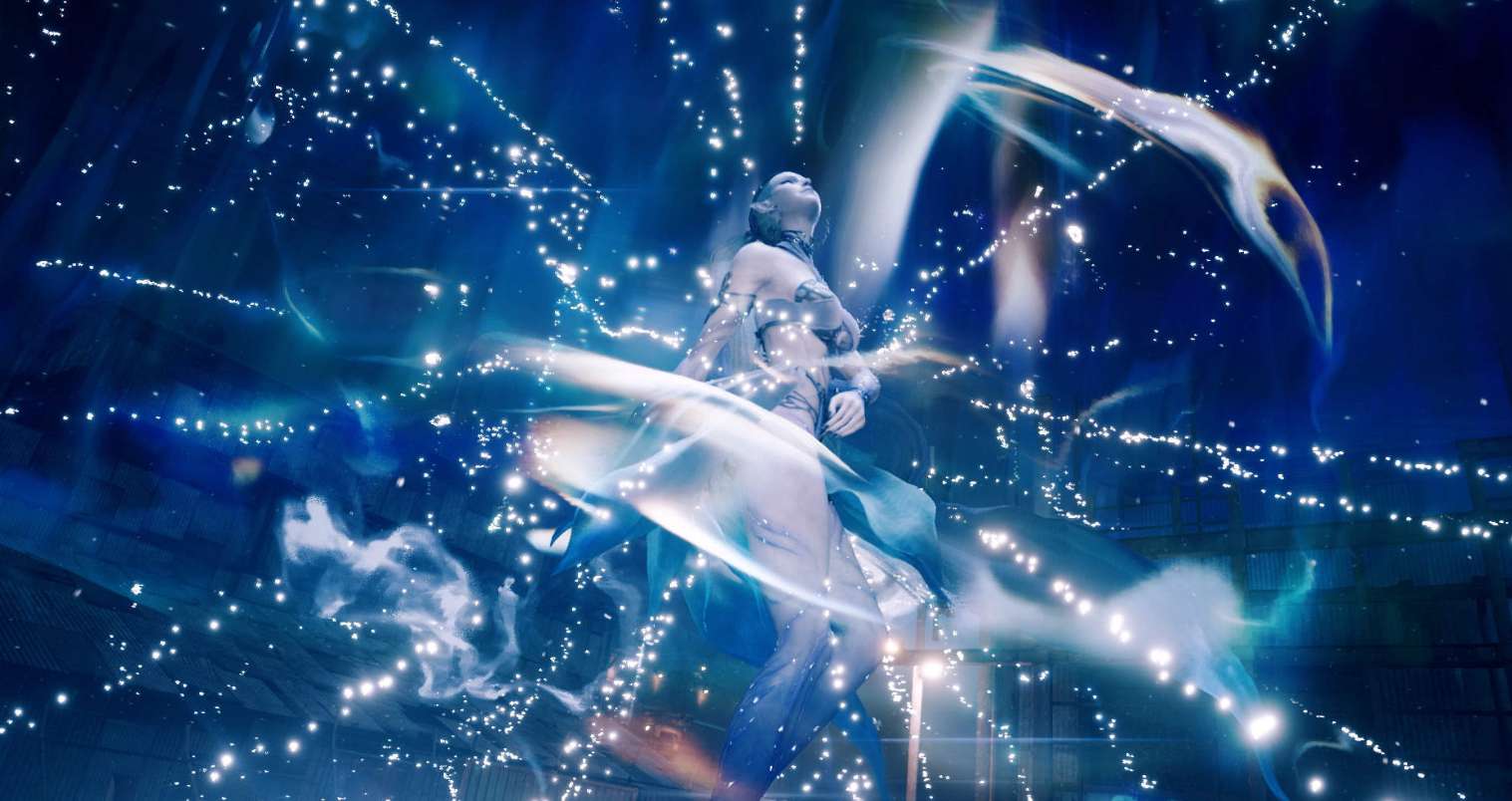 There are a lot of iconic elements that fans fondly look back on from the original Final Fantasy VII. The game’s signature Materia system is surely one of them.

Materia allows the player to use magic. There are many different kinds of Materia, and they are color coded. For example, green is attack magic, blue is support, and red is Summon magic.

Summoning is nothing new to the Final Fantasy Series. The ability to summon massive monsters to do oodles of damage to your enemies has been a staple of many Final Fantasy games of the past. In fact, for games like Final Fantasy IX, X, and XV, summoning is crucial to the game’s overall plot.

Final Fantasy VII Remake is bringing Summon magic back, and this time the Summons are going to do a lot more than just pop in, hit one move, and leave. According to the game’s developers, Summon spells will hang out and independently attack enemies before letting loose with a massive special attack.

Shiva is one of the most fondly remembered Summons from the original game. Though she doesn’t have the jaw dropping damage of Knights of The Round or the various different forms of Bahamut, her signature design made her instantly memorable.

Shiva was acquired early on in the original Final Fantasy VII, so it makes sense that she would be one of the summons featured by Square Enix in the lead up to this new game. Much like every other character, Shiva was given a makeover for this remake, which Square shared via a series of screenshots.

“This frosty figure gives an icy glare to enemies and a loving smile to allies,” Square says on its official website. “She skates around the battlefield, and manipulates the air to freeze enemies in the blink of an eye. Once summoned, Shiva will fight automatically, but you can also issue commands to make her use specific abilities. Heavenly Strike creates a giant glacier and smashes it down onto an opponent.”

Aside from Shiva, we’ve seen a few of the other classic Summon spells resurface from the original Final Fantasy VII.

We got a nice long look at Ifrit through a bit of gameplay released last year. On top of that, the recent anniversary trailer that debuted last week gave us a look at Choco Mog, the first summon spell from the original game, and Leviathan, one of the more powerful summon spells the player can find.

Listen Up Brawlers, It Is Time To Meet Your Crush In Vertex Pop's Latest Game, Super Crush KO

Dec 29, 2020 Chris Miller 44680
If you've managed to already chew through everything that Shadowbringers brought to the Final Fantasy XIV online MMO world (an impressive feat at...

Dec 12, 2020 Kevin J. Kessler 4600
Nintendo icon Masahiro Sakurai, the creator of both Super Smash Bros. and Kirby, will be hosting a special video presentation next week to fully...

Dec 11, 2020 Kevin J. Kessler 3280
It's official. One of the greatest villains in the history of video games will be coming to the Super Smash Bros. Ultimate roster. Last night,...