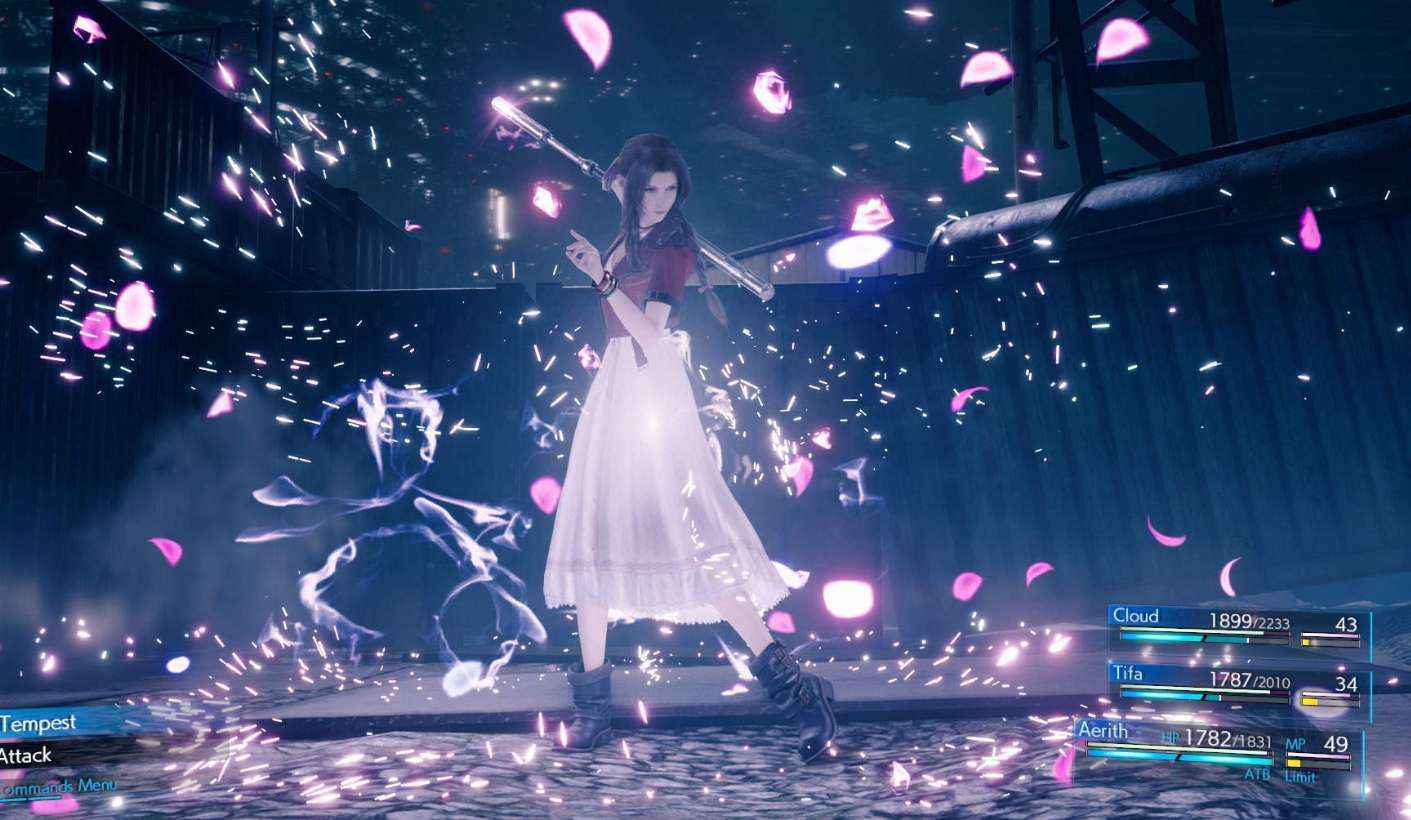 As fans of Final Fantasy VII eagerly await a playable demo of Final Fantasy VII Remake on the PlayStation Network (which most believe could drop at any time), Square Enix is diving in-depth on the battle mechanics for the game, and how they differ based on each character.

When you’re dealing with characters as popular and iconic as the cast of Final Fantasy VII, you’re going to have a lot of eyes on the product. One of the most popular characters from the original 1997 release was Aerith.

Aerith is a flower girl from the Slums of Midgar. She is a ranged magic-based fighter who was not the most effective combatant in the original game.

The Playstation One release of Final Fantasy VII worked on a turn-based system, which was common for RPGs of that era. As such, Aerith had a physical attack and could unleash Materia-based magic and limit breaks.

All of her limit breaks focused mostly on healing the party or causing a negative status effect on enemies. Her physical attack was nothing to write home about. While an effective white mage, the character became only as good as the Materia she was equipped with, from an attack standpoint.

Final Fantasy VII Remake is abandoning traditional turn-based RPG combat for an all new real time battle system. (There will be a turn-based mode for fans of the original) Every character seems to work differently in the new game, and Aerith comes packed with some extra magical goodness.

According to Square, players can use the square button to unleash ranged magical attacks from Aerith’s staff. Holding the button down or pressing it repeatedly will unleash a series of attacks. As these attacks hit, the number of targets hit will also increase as the attacks spread to a wider area.

Aerith’s special move, Tempest. can be accessed by pressing the Triangle button. The attack can also be charged by holding the button down. Once it reaches maximum charge, Tempest explodes repeatedly after hitting an enemy.

On top of the ability to equip Materia spells, Aerith also has several unique abilities that will aid the party in battle. For starters, Soul Drain is an attack that drains MP from an enemy. Since all of Aerith’s most powerful attacks are based on magic, this will be highly beneficial to keeping her effective throughout longer battles.

Lustrous Shield, the technique pictured above, creates a magical barrier that will protect Aerith from enemy attacks. Projectiles and enemy physical attacks can be repelled by this barrier. If attackers come into contact with the shield, they will take damage, according to the official Square Enix website.

Final Fantasy VII Remake will release on the PlayStation 4 console on March 3, 2020.