The world of esports and competitive gaming is really thriving as various investors are pouring in and supporting the industry. World-famous celebrities are even joining and offering their resources.

It was announced on the organization’s website that the famous American actor, Will Smith, was one of the contributors. Smith is accompanied by his co-founder at Dreamers Fund, the Japanese Soccer Star, Keisuke Honda.

According to Honda, competitive gaming and esports is still not a huge industry in Japan. But tremendous growth in esports is being noticed in the country and globally, which is a good sign.

Honda further explained that they decided to invest in Gen.G due to their amazing team. Aside from that, the team also has a grand vision of becoming a leader in the esports industry.

Both Honda and Smith are said to be joining Chris Bosh, Gen.G’s current Player Management Adviser. They will be supporting the organization’s creative and commercial endeavors which will assist with the organization’s growth. This will also help in assisting the content creators, and guiding Gen.G’s players.

That’s not all as this will also fund the ongoing expansion of the organization’s footprint across the world. Currently, they have teams located in the world’s top esports league – Korea, China, and the United States.

As their expansion continues, we will be seeing more teams being established from other countries. The funds will also be used in creating a youth esports academy program for Gen.G. Aside from that, the money will also be used to open a headquarters in Los Angeles this July.

Generation Gaming or better known as Gen.G for short was established in 2017. It was formerly called KSV Esports, but they rebranded last year. This was to bridge the gap between the east and west.

The organization is known as the owner of the Overwatch League team, Soul Dynasty. But it also has professional teams which compete in seven other video games. These consist of games such as Apex Legends, Call of Duty, and Fortnite. They also have teams for League of Legends, Clash Royale, and PlayerUnknown Battlegrounds.

Sega Confirms 10 More Games For Its Upcoming Sega Genesis Mini; Is It Worth Buying Yet?

Dec 15, 2020 Chris Miller 7520
At this point of the year, mid-December, we have reached an all-time high of brain drain from Counter-Strike: we're something around 200 players that...

Oct 18, 2020 Richard Sebastian 3160
The 2020 League of Legends World Championship has been cutthroat between the European and Asian regions. With just one more quarterfinals to be... 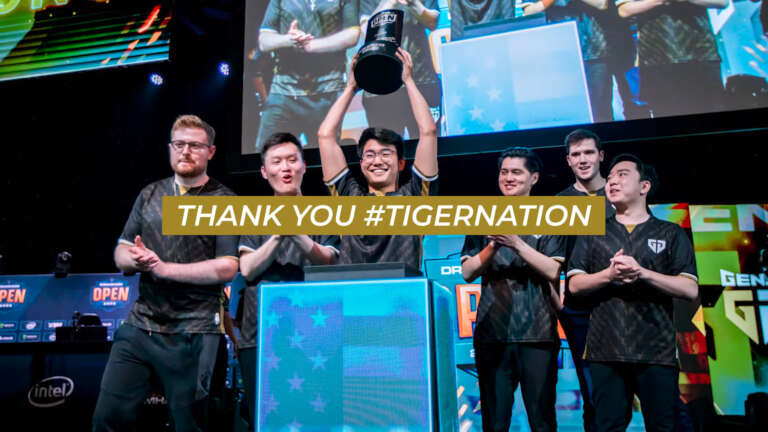 Oct 7, 2020 Richard Sebastian 10510
Recently, reports have surfaced on the eSports scene that the NRG Esports is in talks with Sam “s0m” Oh and Damian "Daps" Steele to join their...