Voltage Inc. recently announced that new story paths are coming soon to their romance game Enchanted in the Moonlight on the Nintendo Switch.

Enchanted in the Moonlight is a port of a previously released game on mobile devices. Voltage is currently working on bringing many of their popular otome games onto the Nintendo Switch. The game is part of the otome genre or visual novel games aimed at female players.

The story from the YouTube trailer states: “You’re an average, 25-year-old girl whose life consists of working at the local library, keeping up your family’s shrine, and not much else. However, that all changes when gorgeous men save you from mysterious, malevolent forces! These men aren’t all they appear to be, though. They’re actually Ayakashi Spirits! You discover that your blood is imbued with an ancient power, one that the spirit world covets, and these handsome strangers are willing to protect you… for a price, that is. Are you ready to make a deal with these otherworldly creatures?”

Recently, Voltage announced that new characters would be added in packs. Miyabi “The Sadistic Kitsune Fox,” Kyoga “The Affable Werewolf,” and Samon “The Dependable House Spirit” are part of one story pack. Their stories include include “Fated Romance: A Foxy Butler!?,” Fated Romance: Paws or claws?” and “Luck in Love: The Key to Happiness.”

The full contents of the stories include Seasons 1-3, a Sequel, bonus stories, and stories from the romanced character’s perspective.

The benefit of purchasing these character story packs for Enchanted in the Moonlight is that they can all be read at once. These mobile titles often only included the first season of the character routes, and any additional routes had to be purchased. Now fans of the game can buy a complete story for their favorite characters.

Enchanted in the Moonlight is available only as a digital download in the Nintendo Switch eShop.

Enchanted in the Moonlight is currently available now for mobile devices and the Nintendo Switch.

ENCHANTED IN THE MOONLIGHT 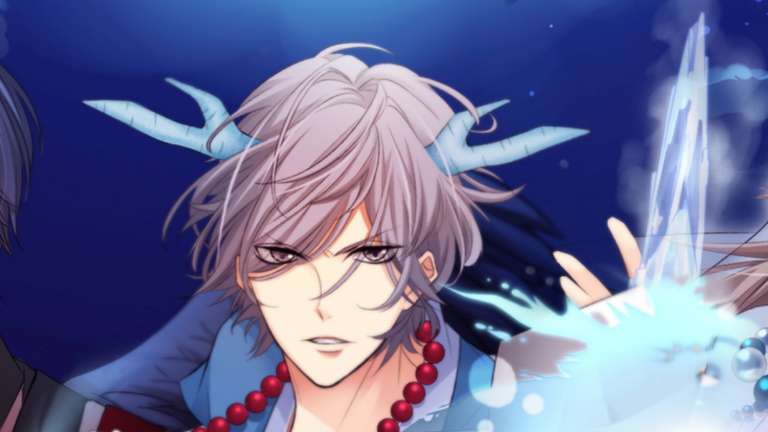 Feb 21, 2020 Lisa Nguyen 14410
Voltage Inc. recently announced that new story paths are coming soon to their romance game Enchanted in the Moonlight on the Nintendo...