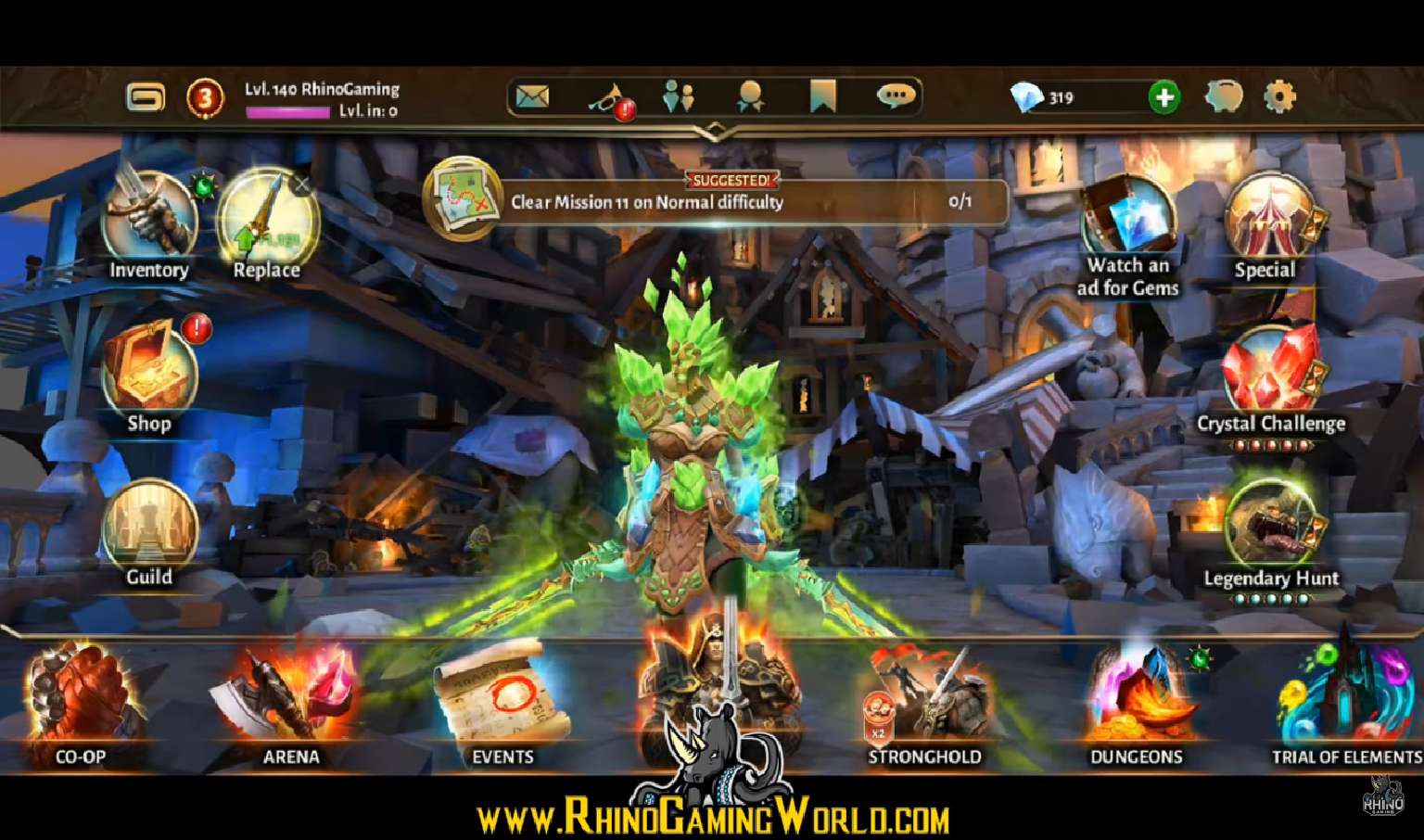 The new year brings new updates to constantly updating mobile games, and Dungeon Hunter 5 is no exception. Version 38 brings in several updates to the game to both make the lives of players easier and bring back some events for players to run through.

As Dungeon Hunter 5 is a Diablo-like game, it has real time, stat-based combat engine that has players running through levels, killing mobs and collecting currencies to use to buy and upgrade weapons, armors, spells, and shields to give the Bounty Hunter a leg up on their enemies.

In addition to all this, players have access to Strongholds, which are the player-created dungeons for other players to fight through. These dungeons have players set where the monsters are, where the traps are, how many monsters there are in the dungeon. The more difficult the dungeon, the more gold the dungeon generates for the player.

Better traps, monsters, and layouts for the Citadel dungeons can be gained from random drops from both missions and loot chests.

And with that said, update bring in a new Spring Festival-themed Citadel, a mission where the Citadel was invaded right after it was decorated, and players will need to fight their way through it to gain exclusive rewards.

The New Spring Festival-themed Legendary Armors and Weapons are also available. Via loot crates, players get access to the Spring Festival Costume, the Midnight Dweller’s Attire, the Water Dweller’s Attire, the Nian Slayer’s Greatsword, the Midnight Dweller’s Greatsword, and the Water Dweller’s Glaive. The Sun Wukong Legacy sets are now upgradable to level 7, and they’ve added a new dungeon monster into the game for use in Strongholds.

They’ve also revamped the Sanctum Assault loot-system upgrade by boosting their chances of getting something good as they open chests.

And of course, new updates mean various bug fixes. These are always welcome from a developer.

Dungeon Hunter 5 is starting the new year right with such a large update, and are prepared for more as time goes by. Fans of the game won’t want to miss out on not only the limited time events but on the changes to the loot system making getting something good far easier.

Some Screenshots Have Surfaced Of Fallout 76's Wastelanders Update; Shows Off Some Cool-Looking Bases