Dr. Kawashima’s Brain Training Is Making Its Way To The West, After All

During the days of the Nintendo DS, the Brain Age series become an unexpected hit for the portable console. Featuring a number of mini-games and challenges that were meant to be tackled every day, Brain Age was an educational gaming experience that was meant to not only challenge your thinking, but help your brain retain information and improve concentration.

Recently, Nintendo made an announcement that the series, which is known in Japan as Dr. Kawashima’s Brain Train, would be making its return on the Nintendo Switch. However, the original trailer and announcement were only for a Japanese audience, leaving many to wonder if the series would be making a return in English territories. Luckily, we now have our answer, as Nintendo has released the first official trailer for the western release of the game.

Dr. Kawashima’s Brain Training for the Nintendo Switch is very similar to previous entries in the series, but with a few new features made possible by the innovation of the Switch console. Aside form the regular challenges we’ve seen before, like math, Sudoku, and memory tests, the new game will also make use of the Joy-Con in order to provide some more interactive tasks. Based on the trailer, you’ll be taking on a rock-paper-scissors challenge where you need to make the correct hand gesture in front of the Joy-Con’s camera in order to beat a computer opponent. The Joy-Cons can also be used to play multiplayer games, such as counting the number of birds on screen within a time-limit, or count the number of boxes in a 3D environment.

As with previous Brain Training games, you’ll receive a ranking at the end of a string of challenges, which is called your Brain Age. Basically, if your reaction times were slow and you got a few wrong answers, you’ll be looking at an “older” brain. As you play the game every day, the idea is that you’re brain will be able to function better, effectively lowering your Brain Age and helping you in every day life.

Over the years, there have been numerous studies revolving around the effectiveness of the Brain Training series, with many finding that the game does, indeed, help to improve brain function. There have even been doctors and neurologists that have recommended the use of the game in order to help prevent dementia and Alzheimer’s. If you’d like to find out your Brain Age, you can pick up the English version of Dr. Kawashima’s Brain Training on January 3rd, 2020. 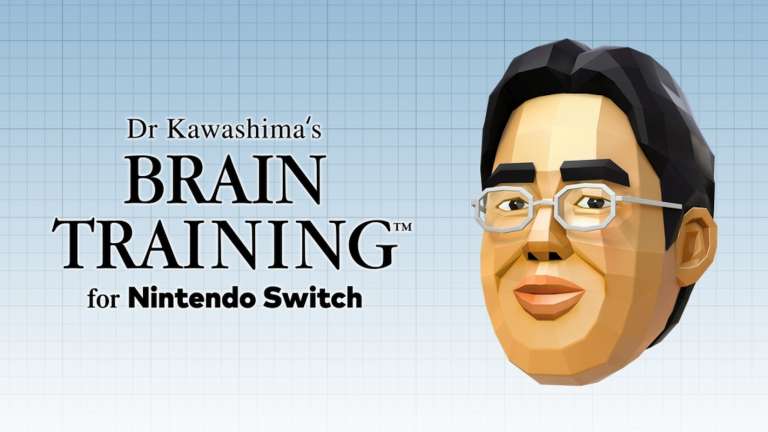 Jan 3, 2020 Dylan Duarte 10830
Gamers haven't been able to train their brains since Brain Age on the Wii U's Virtual Console, and while that may only be one console generation ago,...

Oct 11, 2019 Alan Robinson 3050
During the days of the Nintendo DS, the Brain Age series become an unexpected hit for the portable console. Featuring a number of mini-games and...