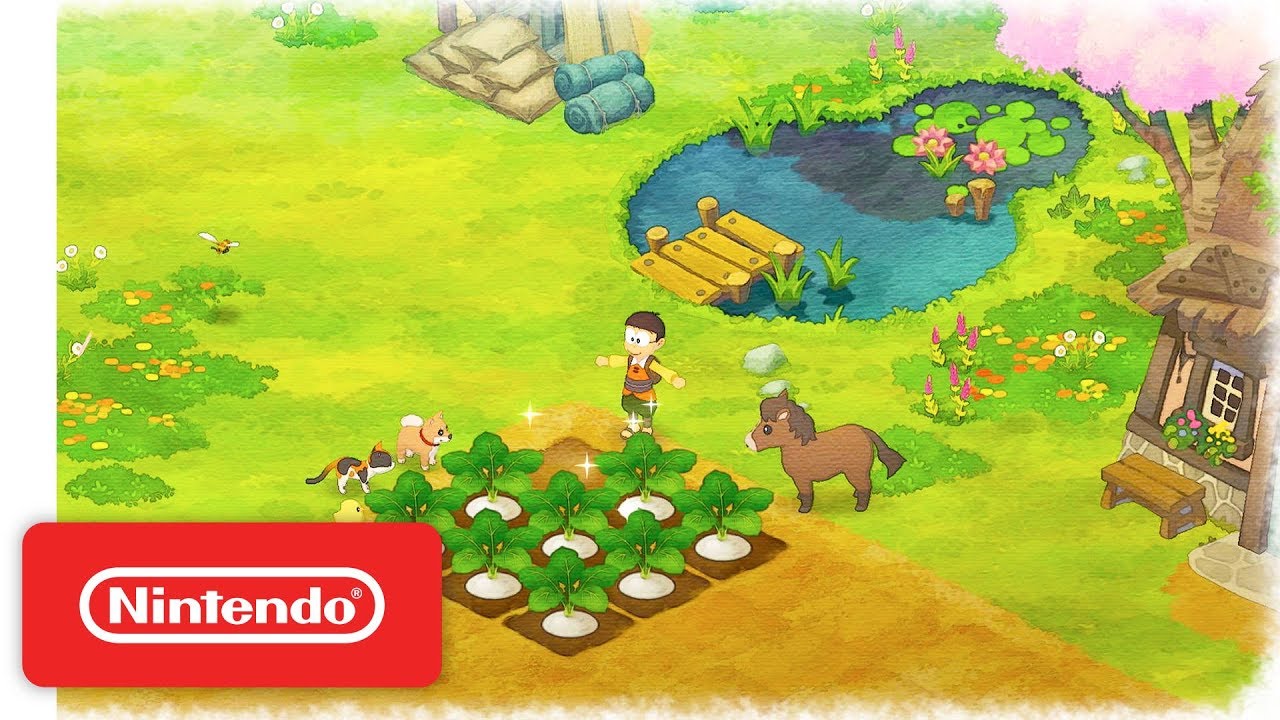 Bandai Namco has been busy this year with several titles coming in the next year. The most recent trailer to be released is for Doraemon: Story Of Seasons and it looks wholesome and adorable. This will be the first trailer for this game released in English, and it shows the interactions of townsfolk in Natura.

You get to watch your character walk around, greeting people, give them presents, do favors, strengthen bonds, and make friends. It seems to be a story targetted for a younger audience but will be giving a fulfilling and unique experience to players of all ages.

The game is a crossover between Story Of Seasons which was once known as Harvest Moon and the Japanese manga series Doraemon. Players get to enjoy the traditional Story Of Seasons activities such as growing crops and cultivating their farm as well as interacting with characters from the game’s original town.

Nobita and other familiar characters from the Doraemon franchise will take part in the journey as payers develop the town and their farm while making friends with the inhabitants. Doraemon is bringing along his secret gadgets to help you along your way in making the town a better place.

It is a heartwarming tale of Doraemon’s journey to go home. He was teleported into this strange world accidentally, and without his secret gadgets, he cannot return to his home. The game seems focused on helping others and farming/crafting aspects but still retains the Doraemon charm that many are looking for.

The game has already been released in Japan and so far has been met with both positive and negative critiques. The main problem that they had with the game was the main character chosen, which is Nobita, and the game seems to feature him rather than Doraemon. Other than this criticism, which was expressed in the form of comics, most of the community enjoyed the game and the experience within.

Doraemon Story Of Seasons will be launching on Nintendo Switch and PC in North America and Europe in the autumn of 2019. There are no current plans for release on any other platforms, and based on the history of Nintendo, many assume it will remain a Nintendo and PC exclusive.