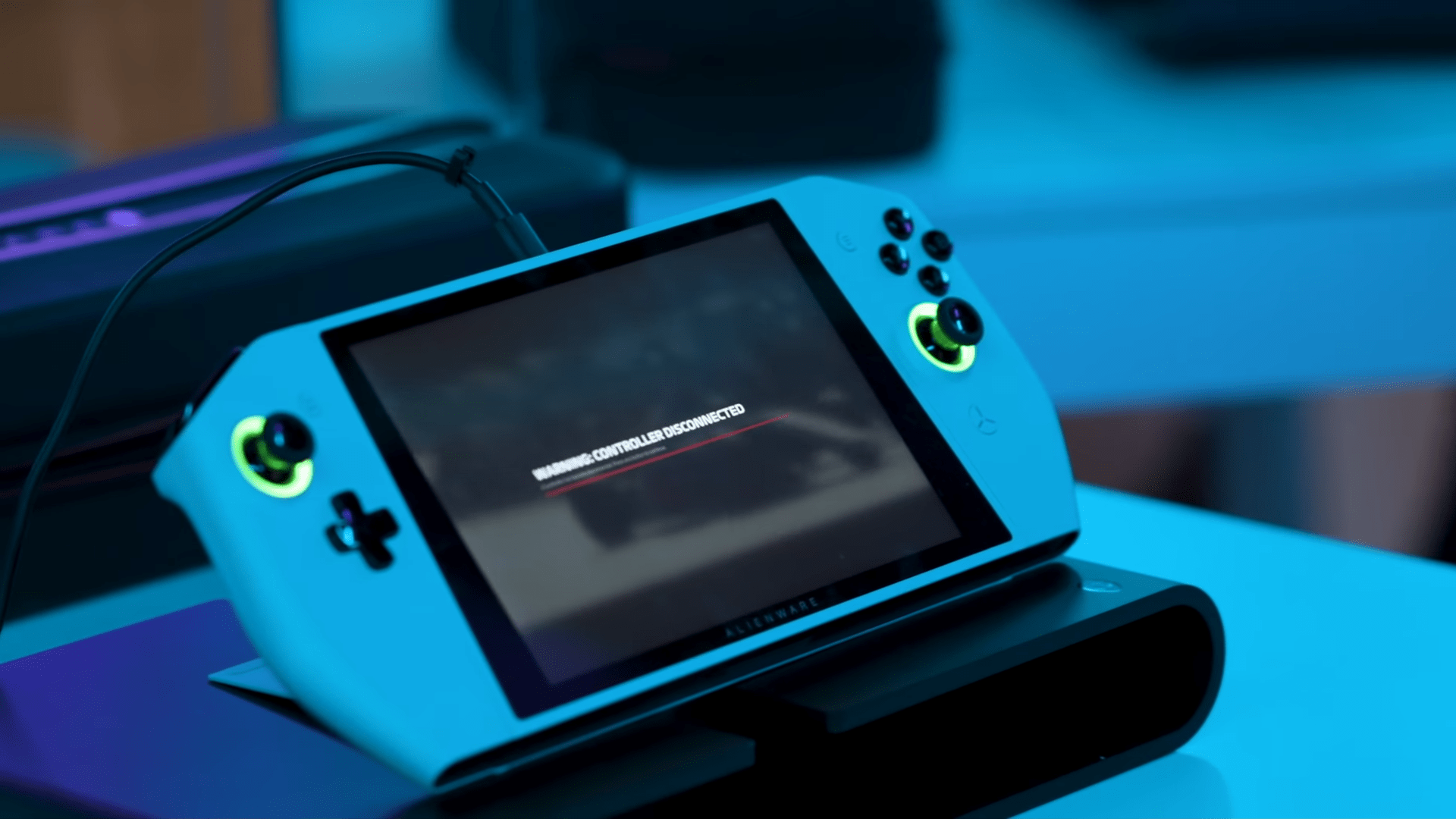 Valve recently brought about a new functionality to their Steam platform that allows owners to play their PC games on anything that can connect to the internet, anywhere that there’s a decent enough signal.  It works surprisingly well, and some have been taking advantage of it to keep their points high in MMO’s such as World of Warcraft, while others are more prone to enjoying a quick six-hour session of Slay the Spire while at work.

The Nintendo Switch has taken gaming by storm, allowing both mobile and docked play where people get to experience the best of both worlds, at all times, no matter where they are.  The Switch has done so surprisingly well that their newest version of the Switch, the Switch Lite, has been flying off the shelves faster than most stores can keep them in stock.

It likely seems like these two have nothing in common, but Dell’s recent Concept UFO is likely to change that.  Concept UFO is a small, hand-held PC gaming platform that people can take anywhere to play their library.  There’s a small vertical controller on the left and right side of an eight-inch screen and was announced to be playable in either mobile modes using the housed screen, or in a docked mode.

It’s clearly inspired by the Nintendo Switch, although that’s not necessarily a bad thing.  It’s not the most attractive girl at the dance, as the heft and size of Concept UFO is a clunky girl to dance with, but gamers have notoriously dealt with poor ergonomics before to play with cutting edge; the original Xbox controller might ring a bell (and some may recall the horrible wrist cramps after extended gaming sessions).

Alienware has its logo and name within the title browser as well, which may imply a specific price point that the product could launch at if it launches at all.  Typically, Alienware sees a price mark-up of around 200% for hardware with their logo on it.

In hands-on demos at CES, Concept UFO can run F1 Racing although not at the expected 60 frames per second that many PC gamers regard as the bare minimum.  The heft and weight of the controllers make it difficult to play for extended periods of time, although the system runs cooler than one would expect.  It feels as though it’s at least three times the weight of a classic Nintendo Switch.

It’s important to note that this bad boy is very much conceptual in its current state, as outlined in (if nothing else) its current namesake.  There’s definitely much room for improvements in the buttons and triggers (that are surprisingly hard to pull), and Dell is staying quiet in terms of what powers the device ran by Windows 10.

If Concept UFO does have legs, it could be an interesting device that could fill the void left by Nvidia’s capitulation of its Shield device.  Hopefully, the Alienware logo won’t raise the price too much.

Nintendo Pens In The Next Pokemon Sword And Shield Direct For 1/9/2019 - What's Next For Pokemon?

Sundered: Eldritch Edition Will Be Completely Free On The Epic Games Store

Jan 10, 2020 Jeremy Green 16690
When you think of portable devices that have made a huge impact on the gaming industry as a whole, the Nintendo Switch usually is near the top of...