It was an exciting time when Counter-Strike players heard that Valve was pushing out a controlled environment application that limits other applications interacting with the executable. Dreams and excitement of being able to play without running into two or three cheaters a night, and simply matching against other players based on skill, was a glorious future that many envisioned finally ensconcing the CS:GO community.

Roughly an hour after the beta branch was pushed out, it was bypassed and users have reported that cheats are once again working in this new environment.

It was nice while it lasted if you could get through the frustrating stuttering issues, presuming that you could even get the program to work. But what a great hour it was, if for no other reason than it made us feel nice.

From what I'm told, the new anti-cheat stuff @CSGO has added…. has already been bypassed.. in fact, ONE HOUR after it was released.

This doesn’t mark the end of the saga, however.

Multiple users have struggled to get the newest anti-cheat working (because who doesn’t want better anti-cheat?), and for the users that have, the stuttering will absolutely cost you clutch rounds regardless of whatever system you’re on.

Erik Flom is a former professional Counter-Strike player that is now a full-time streamer; he runs a 2080 Ti and 9900k CPU and offered his thoughts about the beta on Twitter.

dont opt into the @CSGO beta. it is beyond scuffed. stutters that make it unplayable, and i cant revert it because the steam library is scuffed. im so pissed right now

The stuttering appears to come from Nvidia GPUs, as the current rumors attest, and they are currently working on a fix. Yet with many users reporting that cheats can still be tweaked to work with the newest environment, so…well, what’s the point in trying as it currently stands.

In a surprising turn, however, the newest anti-cheat measures have been warmly welcomed from the community, and they’ve actually been requesting for even more invasive anti-cheats to be incorporated.

A chant that some might find interesting after the exhaustively repetitive statements about Riot’s Valorant came packaged with a level-0 anti-cheat dubbed Vanguard. Its root-level access was also bypassed by cheaters, leading to more to question what the entire point of the debate is, if players that accept the anti-cheats reach are still plagued by players desperate to play outside of their skill level.

Yet this does show an interesting snippet; players that simply want a fun competitive experience are asking for developers to get a bit craftier with their anti-cheat development, regardless of how invasive it might be. For the developer that can declare that their title is cheat-proof, a massive community awaits them regardless of how much chatter is created on the sidelines about anti-cheats being a scary endeavor. We’re just trying to play some video games, and bad actors interfering with that is exhausting.

CS:GO - Concerns About Player Safety In Rio Majors Have Now Ironically Resolved Themselves

CS:GO - French Vitality Are The First Confirmed Team For The Upcoming Rio Major

Jul 3, 2020 Chris Miller 760
Esports are generally a bit topsy-turvy at the moment, as the ongoing pandemic has shifted matches to be played online which massively shifts how...

Jul 3, 2020 Chris Miller 3450
The latest in what is becoming a long line of bans, either temporary or permanent, from Twitch has just added a new member to the queue of 'no... 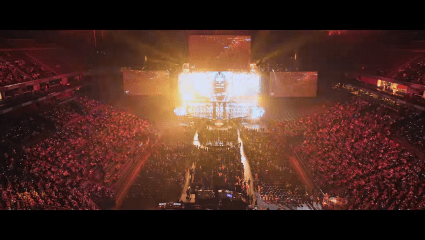 Jul 2, 2020 Chris Miller 830
We noted that there were more than a few concerns for the upcoming ESL One Cologne, which was originally scheduled to be one of the first returns to...

Overcooked 2's DLC Sun's Out, Buns Out! Is Available Now Via Steam