Counter-Strike StarSeries i-League Season 8 Finals – The Good, The Bad, And The Mildly Interesting 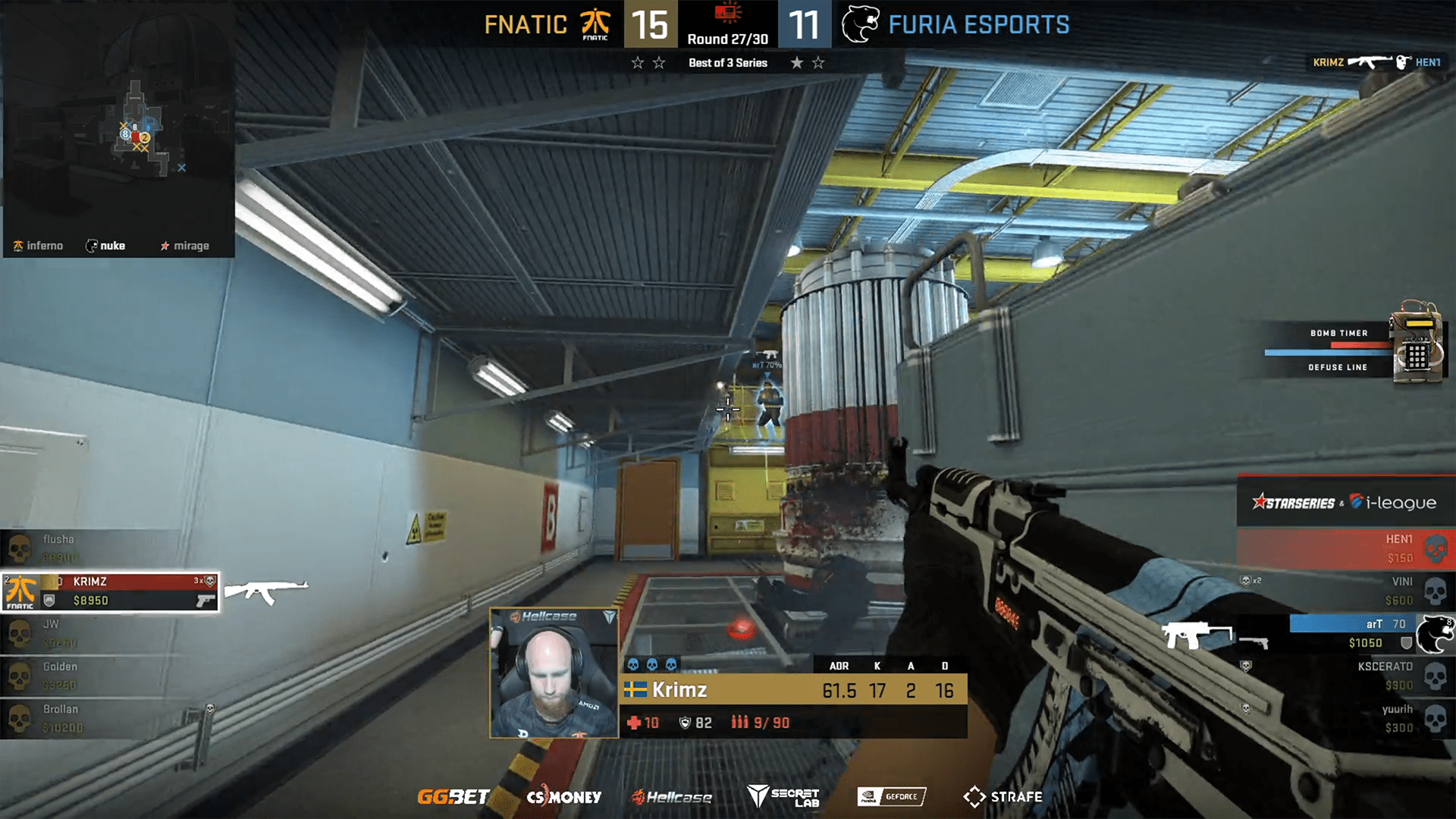 Counter-Strike’s StarSeries i-League Season 8 Finals have concluded with quite the bang, as fnatic, Evil Geniuses, and FURIA all compete for the $250,000 first-place prize out of the $500,000 prize pool.  The day began with FURIA and fnatic slugging it out between each other, each looking for the final against Evil Geniuses, that have secured their place in yesterday’s match against fnatic.  Regardless of victor, today ultimately marks the closure of StarSeries i-League Season 8 that has hosted a fantastic league with world-class Counter-Strike displayed from some of the top teams in the world.

The current Counter-Strike meta has been further defined across the season, with teams showing full rosters that can openly succeed in one versus one duels across all maps, compared to previous meta’s where in-game-leaders were less likely to clutch round closes, yet well-versed in tactical positioning.  This isn’t to be read as though the modern meta has fewer tactics, as the tense round-opening movements that near-mirror a high-stakes chess match are found aplenty.  Further, utility continues its campaign as a vital component to every round; a singular smoke being pocketed by a team can easily spell the difference between victory and defeat.  With utilities holding a low-cost-high-impact tier, Counter-Strike is entering a unique meta where low-economy against high-economy rounds are far more winnable than seen in past professional Counter-Strike matches.

FURIA found themselves clearing the bottom bracket with relative ease, taking out Counter-Strike heavyweights such as Renegades and G2 with nary a sweat.  fnatic played Evil Geniuses close yesterday in a knock-down-drag-out brawl that lasted the entirety of the three maps.  With the winner of this series going to face Evil Geniuses in the final, and picking up a minimum of $80,000 (versus the third place consolation cash prize of $40,000).  fnatic were favored to win, and barely eeked out the victory against FURIA.  FURIA’s ‘KSCERATO’ tried valiantly to bring his team to victory across a series that spanned the full three maps, with multiple one-versus-many clutch holds on both offense and defense, finishing the series with an impressive +28 kill-to-death ratio, more than the top two positive-KDR players from fnatic combined.

It often seemed as though whether or not ‘KSCERATO’ was still alive was the primary decider on whether or not FURIA could win a round in the series, which bodes well for the young players future in competitive Counter-Strike; if nothing else, the salary he could command from teams is worth noting as his career continues.

fnatic had first map choice and opted for Inferno which they eventually lost (11-16) after FURIA had a flawless second-half T-side where they racked up ten points while conceding two rounds total.  FURIA opted for Nuke in the second map pick, and promptly followed the ‘losing on your own map pick’ parade as they lost the map (16-14) due to, once again, a fantastic T-side offense from fnatic.  The final map was Mirage, which went into overtime as both teams put up 8 points on T-side and 7 points on CT.  In the first round of overtime, fnatic found their footing quickly and put the series away at (19-15).

That's it! We take the series 2-0 and go undefeated in the playoffs to take home the trophy at #StarSeriesS8! GGs to @FNATIC.

From the Group B Lower Bracket to the Grand Final, we never gave up. Thanks to everyone who watched and supported! #EGReady pic.twitter.com/vmwFtrpY5J

If yesterday’s brutal scrap between these two monstrous Counter-Strike: Global Offensive teams was anything to go off of, this was a match worth sacrificing everything to catch live.  Unbeknownst to everyone, yesterday’s match was an apparent fluke and Evil Geniuses walked all over fnatic’s star-studded roster across two maps.

fnatic started with an impressively strong showing on Evil Geniuses map pick of Dust2, starting the first-half by putting ten points on the board, while dominating the economy for the first ten rounds.  fnatic’s T-side showing didn’t drop a point until nine rounds in the map, when Evil Geniuses suddenly found themselves warmed-up and willing to win every heads-up duel fnatic erringly opted for.  Once EG won five of the last six rounds in the first half, they were simply unstoppable.  The second fifteen consisted of Evil Geniuses simply slapping fnatic incessantly in every attempted formation and tactical loadout imaginable.

fnatic had second map choice, and opted for Mirage.  Holding a strong first fifteen T-side showing, the first half concluded at (6-9), stringing together multiple full-buy gun rounds to maintain aggression in a dominantly A-bomb-site centric first half.  The first map was apparently destined to repeat itself, however, and Evil Geniuses didn’t drop a point in the second round with a pristine (10-0) scoreboard, bringing the final score for the second map to (16-9).

Perhaps it was fnatic simply feeling worn after their first match going the distance (and then some) that found their star-spangled team unable to hold any purchase.  Perhaps Evil Geniuses is simply that good.

Evil Geniuses were asked directly in a post-match interview if they believed themselves to be the best Counter-Strike team right now, and they deflected with humility: Stanislaw, EG’s in-game-leader, stated ‘Team Liquid has won a lot more than we have’, but that the year of Counter-Strike is nowhere close to over.

Amazon Gaming Sale Has Made NertherRealm Studios' Mortal Kombat 11 Just $28.87 On Xbox One