Not much can be said about the pinnacle game of competitive first-person shooters that is Counter-Strike that hasn’t already been said for decades.  Developed originally as a mod from Half-Life, Counter-Strike has withstood the test of time through multiple platforms, patches, and releases as one of the most tactically intense first-person shooters of our generation.  Included in that plethora of commendations is that it remains today as one of the most-watched professional competitive esports scenes, with some of the greatest head-to-head battles and clutches, and baby, you got a stew going.

The question, for an outsider looking in, is where to start.  The teams have tremendously long and storied rivalries and intense histories (with only an occasional smattering of drama, conspiracy, and intrigue), and the matches seem to occur randomly, making catching the matches themselves difficult.  Add onto this that the different formats that a match can adhere to in a professional match, and it all seems rather confusing.  Here’s a quick list of who to watch, when, where, and why for the upcoming weekend.

G2 and Natus Vincere (called NaVi for short) last met in the 2019 StarLadder Major in Berlin, Germany, in a best of one series.  The series went to overtime in a nail-biting finish, with G2 barely eke-ing out a finish for a 19-17 final score.  ‘JaCkz’ brought the game to a stunning close with a quad kill against NaVi in overtime, after barely bringing G2 into overtime with a tremendous clutch play.  NaVi has one of the greatest players to ever play Counter-Strike: Global Offensive with ‘S1mple’.  Consistently heralded as one of the greatest snipers in the competitive scene, ‘S1mple’s’ greatest weakness is that he will go for risky plays, attempting to upset his opponents; this has cost NaVi dearly in the past.  G2 is currently ranked 14th in the world, and NaVi is ranked 9th globally.  Their second match-up for StarLadder is bound to be even more fascinating than the first.

Who doesn’t want to wake up at three in the morning to watch nerds play video games?  The last time these two powerhouses met was in the StarLadder Major in Berlin, where mousesports picked up the victory 16-13 on the Inferno map.  North started strong in the map, with ‘Kjaerbye’ picking up three kills in the initial pistol round.  This was countered shortly after by mousesports ‘ropz’ picking up a triple kill himself in a defensive play.  North recently dropped ‘cadiaN’ from their roster along with ‘valde’ to pick up players ‘gade’ and ‘cajunb’.  Look at those players for this match to decide if the switch was worthwhile.  On mousesports, pay attention to the positioning and movement of karrigan and ropz; both impeccable players.  North is currently globally ranked 18th, while mousesports is ranked 7th.

Not a good start to this week as we go down to m1x in #ECS8 with 1-2. With this loss, we're sadly out of ECS Week 3! Now the proper preparation for a good showing at StarSeries i-League Season 8 starts!#ReadyWillingAble
__
📷HLTV pic.twitter.com/liZ2lGg5ZJ

Much like soccer, Counter Strike: Global Offensive is a global sport.  Hence, the absurd start times for those living in the United States.  Last time these two met, NiP slapped FURIA down 16-6.  It wasn’t even close to being close.  Now, however, FURIA has risen in global ranking from 99th+ to 12th.  Versus NiP, which sits comfortably at 11th in the global ranking.  To say that FURIA are eager to right the wrongs of this past February, and they now have the arsenal to do so.  For FURIA, make sure to watch ‘arT’ and ‘yuurih’ for consistent fragging amid all rounds.  For NiP, enjoy the spectacle that is ‘f0rest’ and ‘Lekro’ as they stay calm in the wildest of situations.

LET'S BRING SWEDISH CS BACK TO THE TOP 🇸🇪🔝

There you have it, easy as can be.

If you can sit through those four matches and not have an inkling of excitement in the intense & strategic game of Counter-Strike, then you’re simply beyond fixing.

Nov 16, 2019 Chris Miller 13520
We're critical of those we love, so the pundits say, and that's as good a reason as any to continue to analyze Counter-Strike: Global Offensive... 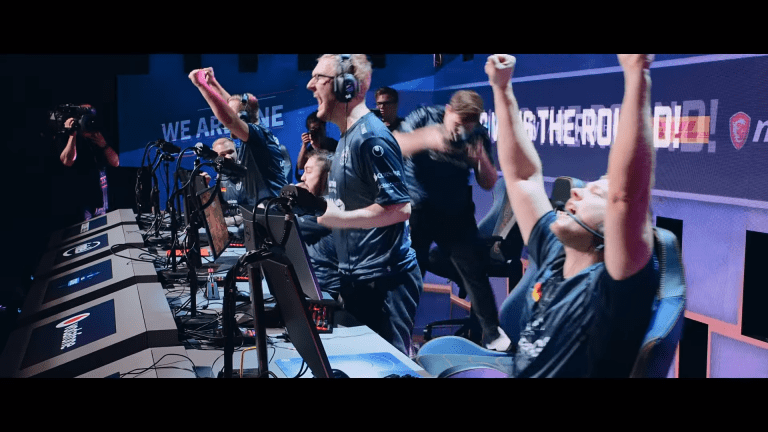 Nov 2, 2019 Chris Miller 3430
The BLAST Pro Series Copenhagen has concluded with FaZe taking home the prize pool of $125,00, besting Ninjas in Pajamas, NaVi, and even team... Counter Strike: Global Offensive ESL Pro League Round 1 Concluded; These are the Four Teams That Have Punched Their Ticket To Denmark Already

Oct 20, 2019 Chris Miller 10440
ESL has long been a staple in the professional competitive Counter-Strike scene, offering internationally spanning matches with some of the greatest...