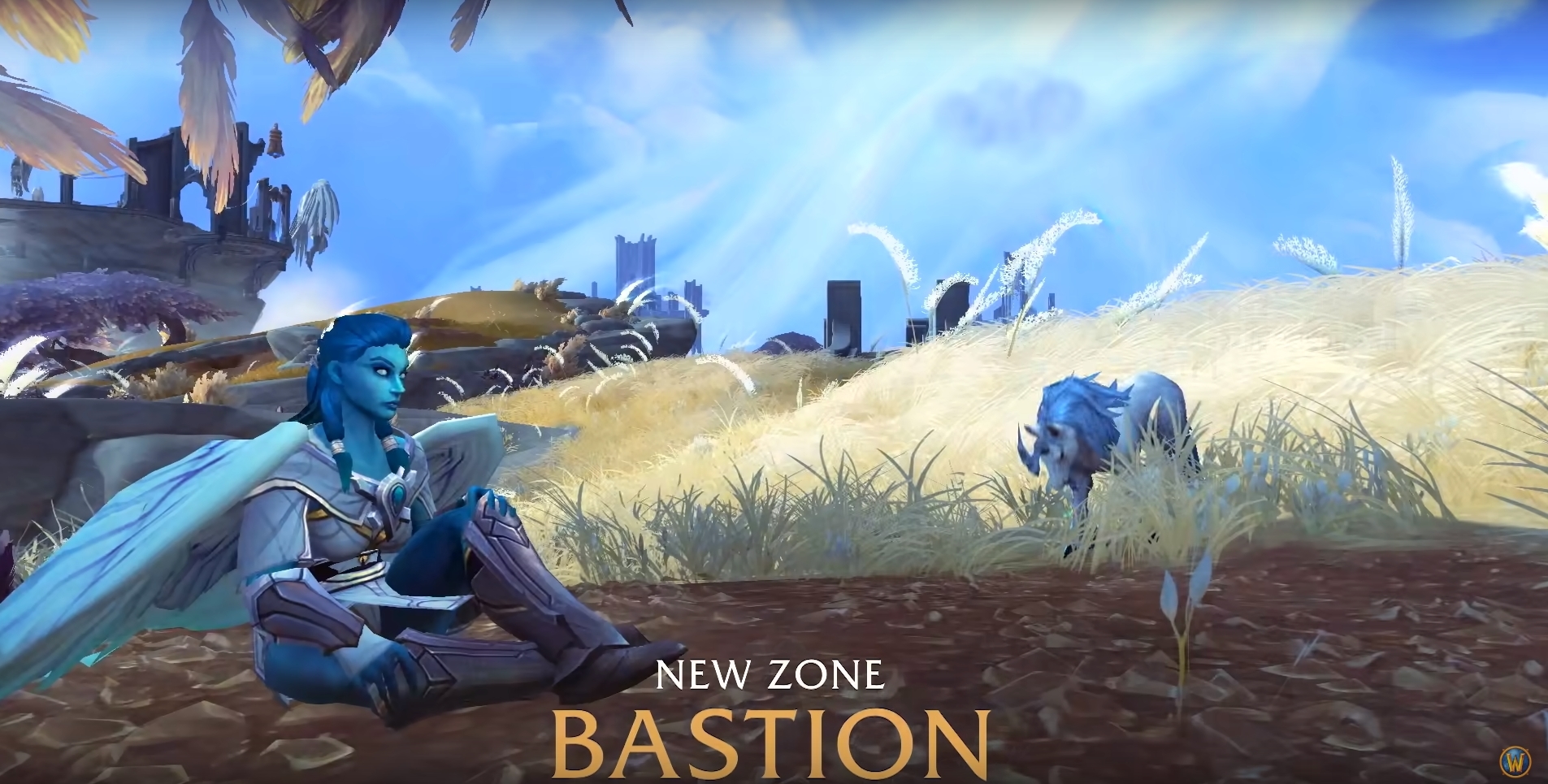 As the calender pushes us closer and closer to World of Warcraft‘s eighth expansion, The Shadowlands, players are growing more and more curious on what we’re going to be seeing. Blizzard offered us a first look at one of the new zones, Bastion, and the denizens within that players will be interacting with.

If you’ve been keeping track of Shadowlands then you likely have heard about the new Covenant system being added in, a system of four factions from the various locales of the Shadowlands that offer a variety of rewards and perks for pledging to them. Within Bastion, we have the Kyrian, a noble race of soul-shepherds that help to usher on the souls of the dead to find their final place within the Shadowlands.

Learn more about the creatures from Bastion in Shadowlands, including the adorable owl Stewards!https://t.co/jMfsqF75DL pic.twitter.com/ei2e3jGgYP

Blizzard outlined some of the activities we’ll be doing in this zone. For example, the Kyrian don’t just immediately trust the random adventurers that jumped into the Shadowlands just for nothing – you’ll have to prove your worth to them as you work towards your Ascension training, a ritual that Blizzard describes as “purifying your soul through ritual cleansing by shedding the flaws of mortality.”

Your journey towards Ascension will bring you deeper and deeper into the realm of Bastion as you work to prove your value to the Kyrian denizens. In your journeys, you’ll encounter plenty of dangers, as well as a few friendly faces, with the legendary Uther the Lightbringer mentioned by name.

The Kyrian that you’ll interact with come in a few different shapes and sizes. One of the most common is the wingless Aspirants, beings that train for eons to hopefully earn their wings and join the Ascended ranks (like we’re trying to do, but hopefully it won’t take us eons).

After them is the Stewards, the owl-like creatures that have been shown in much of the art (see the tweet above). These creatures are essentially groundskeepers and artificers helping to keep Bastion running day by day.

Third is the Forsworn, created by the rare case of an Aspirant failing to complete a rite of passage. These lost souls wander Bastion in grief and depression, corrupting the noble realm with their negative darkness.

Finally, the Centurions, anima-fueled automatons, make up the teaching staff of the realm. These Centurions take several forms, helping to train Aspirants while also defending Bastion.

You’ll also run into Memories, the shed lives of Aspirants. Taking the form of manifestations of mortal flaws, Memories are rare, but incredibly dangerous if you do run into them.

And that’s what you can expect! Blizzard will likely be teasing out quite a bit more as the days go on, so keep your eyes peeled for more Shadowlands reveals.