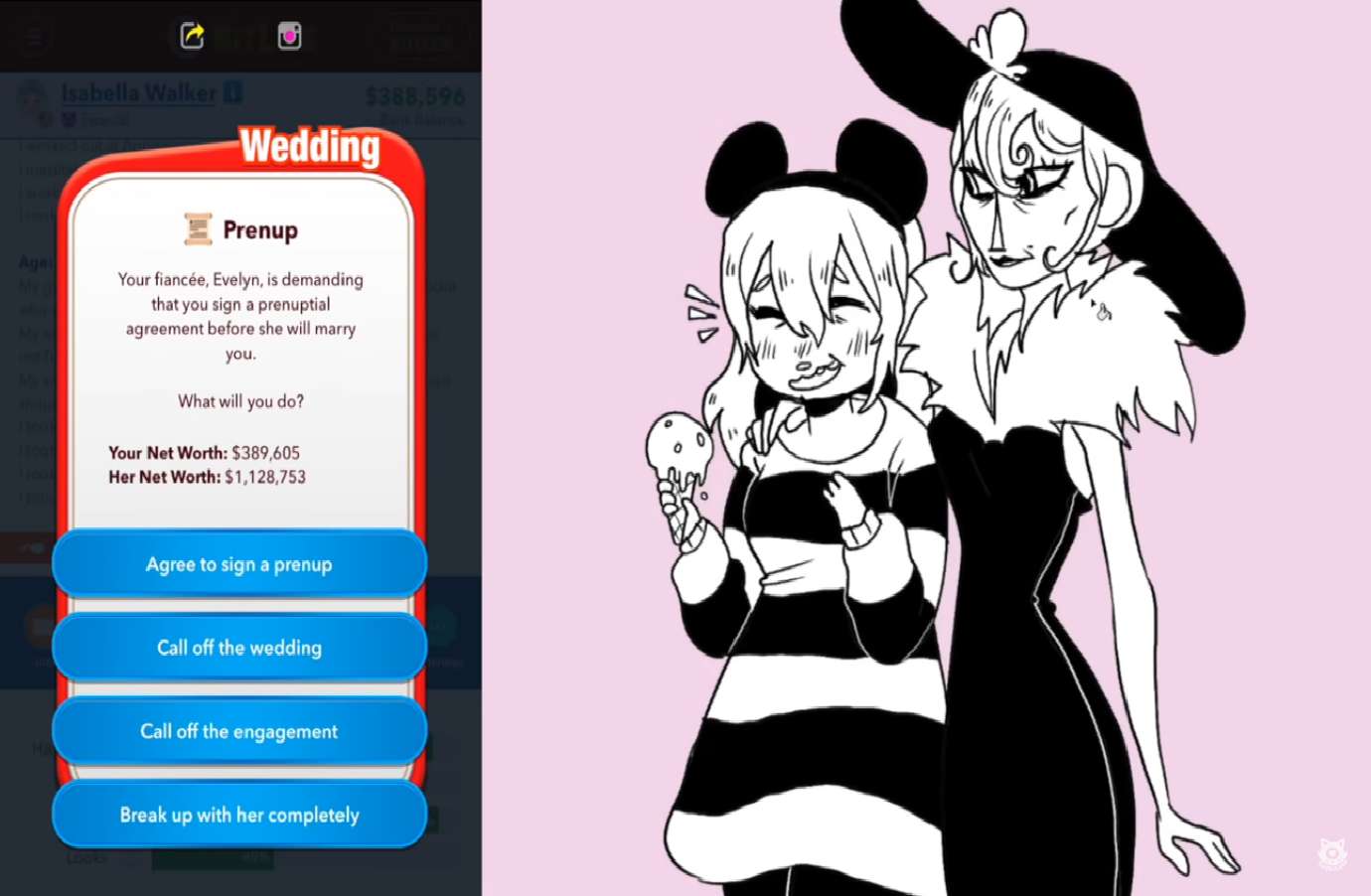 The text-based life simulator Bitlife recently updated the game to version 1.22.1 on Android, which means this update has been available for IOS for some time, given that the IOS version is on version 1.31. But in this Android update, Bitlife has finally opened up the criminal lifestyle.

In the versions prior to update 1.22.1, Bitlife only had three options for criminal activity; theft, grand theft auto, drug trafficking, dating an underage person, same-sex relationships in applicable countries, and outright murder. The theft crime was a maze where players had to grab items they could sell at the pawnshop. Grand Theft Auto had players try to steal a car, which led to a random event where players could succeed, fail and try again, fail outright, or get caught. Getting caught is done by either the owner of the car or the police and from there, players would head to the trial and based on how expensive the lawyer is, they could possibly get found not guilty.

Murder is simple; players would carry out a murder from a list of multiple-choice options. Success or failure is random, and whether a player gets caught is also random, though characters with a higher intelligence rating are more likely to both succeed and not get caught.

Drug trafficking is a random event where a player is asked to take a package to a foreign country. The crime may be successful, or fail and get arrested. Of course, a good lawyer can get a person out of prison time.

In some countries, homosexual relationships are criminal acts, so if a player enters into one and gets caught, they serve jail time. This can be avoided by emigrating into a country where same-sex relationships are legal.

The new system adds Contract Killing, Bank Robbery, Delinquent, Porch Pirate, Shoplifting and Train Robbery. All of these are drop-down menu choices, but they add a lot to the game in terms of options.

Contract Killing has players hire a hitman to perform a murder on their behalf. The hitman may perform the job successfully or scam the player for their money.

Bank Robbery has players choose from a drop-down menu for how they’ll do the crime. All the options are absurd, as is everything that happens in Bitlife.

Delinquent is simply a player acting out random acts of antisocial behavior.

Train Robbery is difficult, as they’d need to know when the actual train they are trying to rob would be running in the real world. If successful, they would be unable to perform a successful train robbery again.

Bitlife continues to open up the game as they update. And even though the Android version is behind the IOS version, Bitlife for Android continues to become more and more robust as time goes on.