Battlefield 5’s Chapter 6: Into The Jungle Releases Next Week; A New Trailer Is Out Now 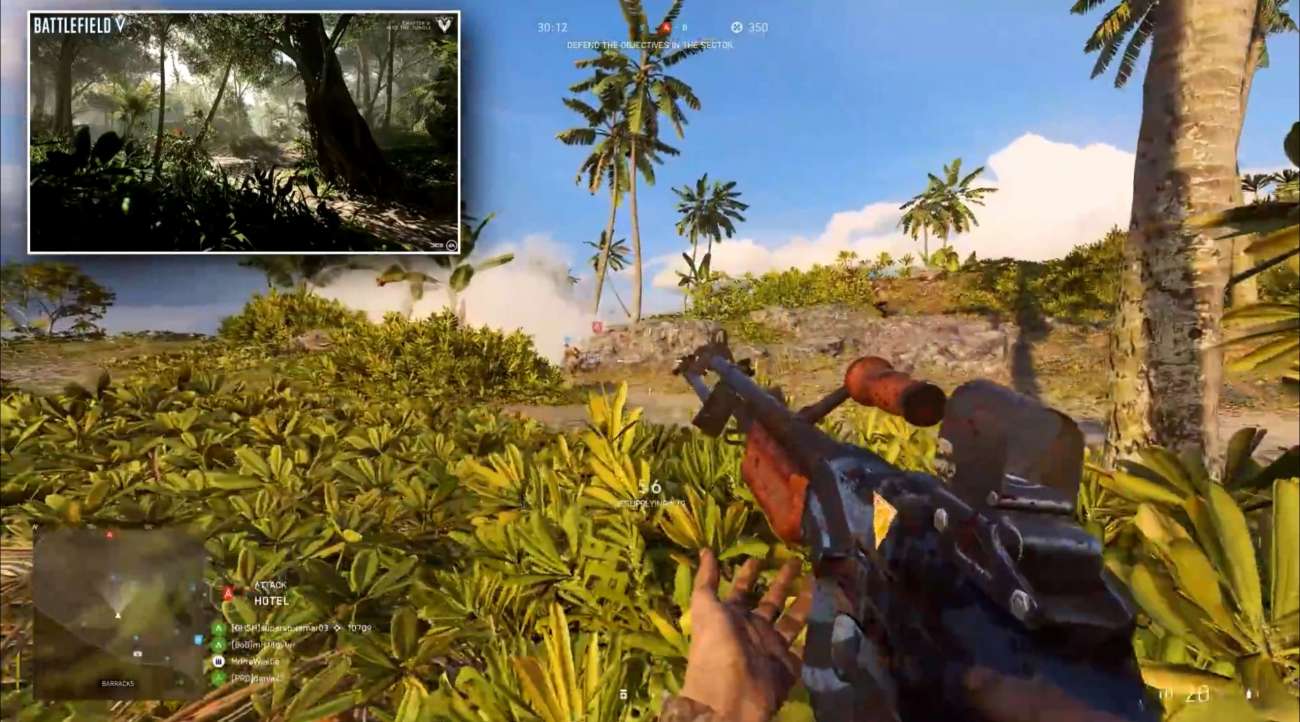 The Battlefield series has been going strong for years now. Battlefield 5 marked the sixteenth installment in the franchise, which is an amazing feat. It shows the passion that fans have for these games and the developer’s commitment to always making their experiences better in impactful ways.

We’re now getting ready for Chapter 6 in Battlefield 5, which is titled Into the Jungle. It seems to be taking a completely different direction compared to previous chapters. Now, you’ll be moving through thick jungle that’s teaming with all sorts of predators and threats. To celebrate this latest chapter and its new battlefield, a trailer was just put out.

A bunch of cinematic shots are shown. It starts off with group of soldiers entering the dense jungle. Then, when they least expect it, camouflaged warriors jump out and start slicing with swords. It’s a pretty brutal scene that just goes to show how difficult it will be moving forward. You and your squad will have to be on full alert to survive and have success in combat.

The battle then moves out of the jungle and into some water environments. There are four-wheelers and boats moving everywhere. It’s a chaotic scene that showcases the Solomon Islands. They start out open with plenty of sands and water. As you venture deeper into these islands, you’ll come across the dangerous jungle. The variety is great to see here and should keep players honest no matter what multiplayer modes they’re enjoying.

The trailer then goes into an in-depth breakdown from Adam Freeman, the game’s community manager. He remarks on the new level being a great addition to the Breakthrough mode. To win, you’ll have to make your way through the beaches and go further into the jungle — where you’ll find the flag for victory. It won’t be as easy as walking to it, though. There are all sorts of nooks and crannies that players can hide in, unleashing a sneak attack when you least expect it.

Freeman also confirms the new map being available in Team Deathmatch, Conquest, and Squad Conquest. All in all, it seems like an amazing map that should create new battle strategies and opportunities for players.

Everything seems beautifully designed by EA Dice as well, and it’s the perfect way to kick off Chapter 6. There are even new weapons and cosmetics, which can be unlocked. The new bazooka looks particularly handy to use around this map.