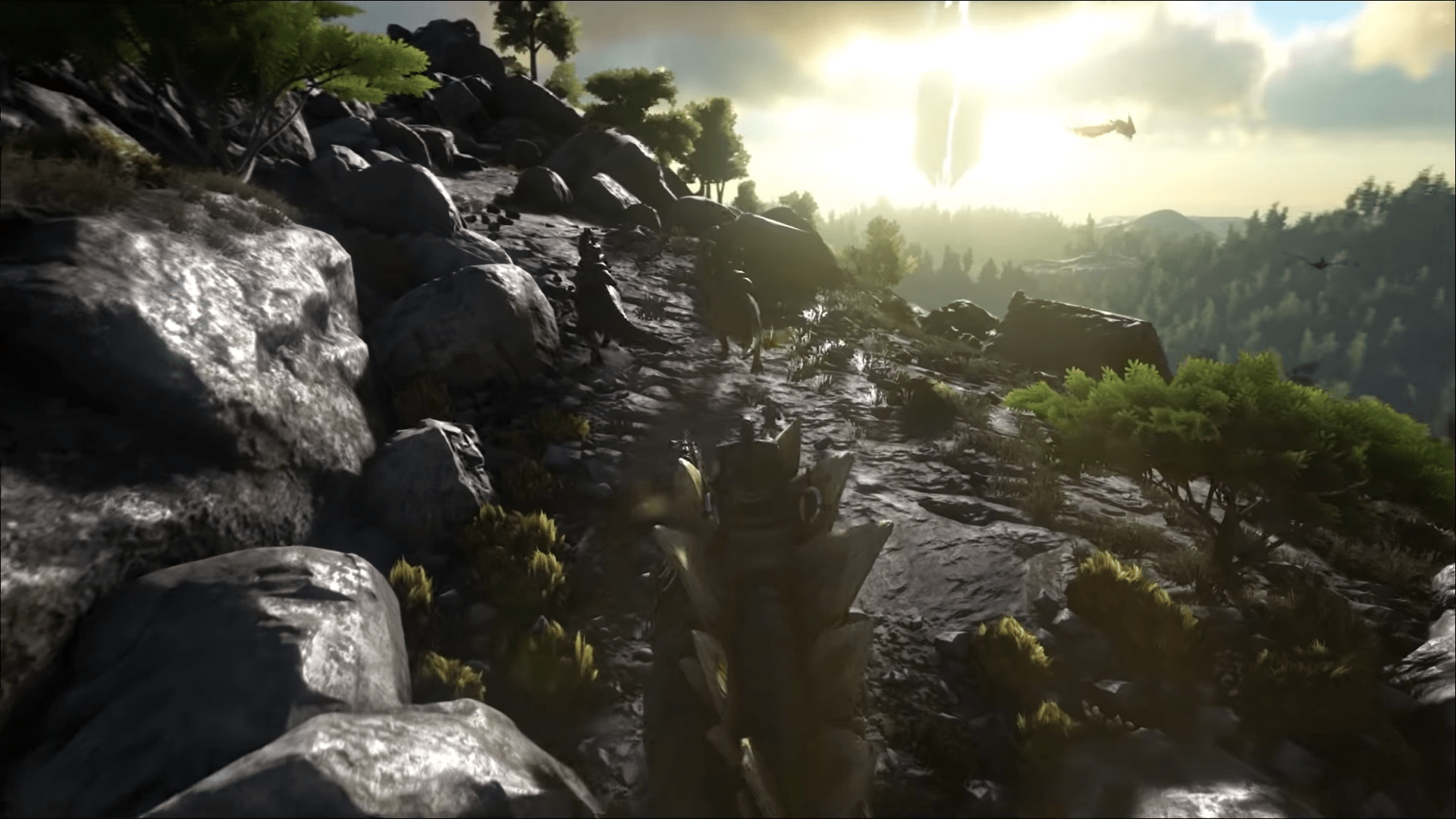 This is apparently the season for a plethora of delays to be announced from every studio, and it appears that Studio Wildcard is no different in this aspect.  The initial launch of Genesis Part 1 has been delayed by about a month, no slated for arrival on February 25th, 2020.  In a fresh Steam News announcement, Studio Wildcard took to the platform to explain that while the development team is very much hard at work on the upcoming content, there simply needs to be more polished applied to the ‘ambitious’ new expansion.

They also leak a few more screenshots of the expansion, and curiosity is very much piqued from what they’re showing.  From bizarre space whales to peaceful glens, and everything in between, it looks like this might be worth the wait.

In the meantime, there is a silver lining.  Studio Wildcard was planning on skipping Valentine’s season event as the ‘live ops team’ was going to be working on Genesis Part 1, and now it’s back on.  Beyond an in-game event for special lovers, they’ve also just deployed an anti-meshing patch, and next week will follow it with a ‘definitive’ anti-meshing patch that seems as though it might finally solve the issue.

A momentary digression: meshing (also referred to as undermapping, or undermeshing) is what certain unscrupulous players have been doing to get underneath the maps of ARK: Survival Evolved.  It allows them to traverse the entirety of the terrain, bypassing security measures and everything else using very little tools. Bad actors in the official ARK servers have been doing this for well over a year, wiping out entire bases with absolutely no recourse from Studio Wildcard.  They have even recently begun streaming it happening, and brazenly posting YouTube videos of them actively cheating to eliminate enemy bases and tribes.

With what appears to be absolutely zero repercussions. While many titles that allow and encourage PvP have griefing of some sort as almost a feature, meshing can not be combatted in any way without meshing yourself and fighting the enemy below the terrain map of Ark, making for a memorable event of glitch if absolutely nothing else.

From what these screenshots entail, Genesis Part 1 appears that it may very well be worth the wait; lush new environments, new mechanics, and hopefully some more developer love.  Just don’t go near the PvP yet until Studio Wildcard announces anti-meshing measures successfully deployed, well over a year after the problem surfaced.

Feb 28, 2020 Chris Miller 11450
Studio Wildcard has had one heck of a time trying to get Ark: Genesis (Part 1) released, and it resulted in the DLC actually getting pushed back a...

Jan 28, 2020 Chris Miller 3890
We're closing out the first month of 2020 surprisingly quick, and the year thus far has brought gamers a slew of titles that have been delayed; some,...

Jan 26, 2020 Chris Miller 11990
I don't wake up every morning eager for the opportunity to once again cover ARK: Survival Evolved, and I feel like that statement is necessary with...