American Truck Simulator Is Loading Up Some Potatos, New Idaho DLC Has Been Announced 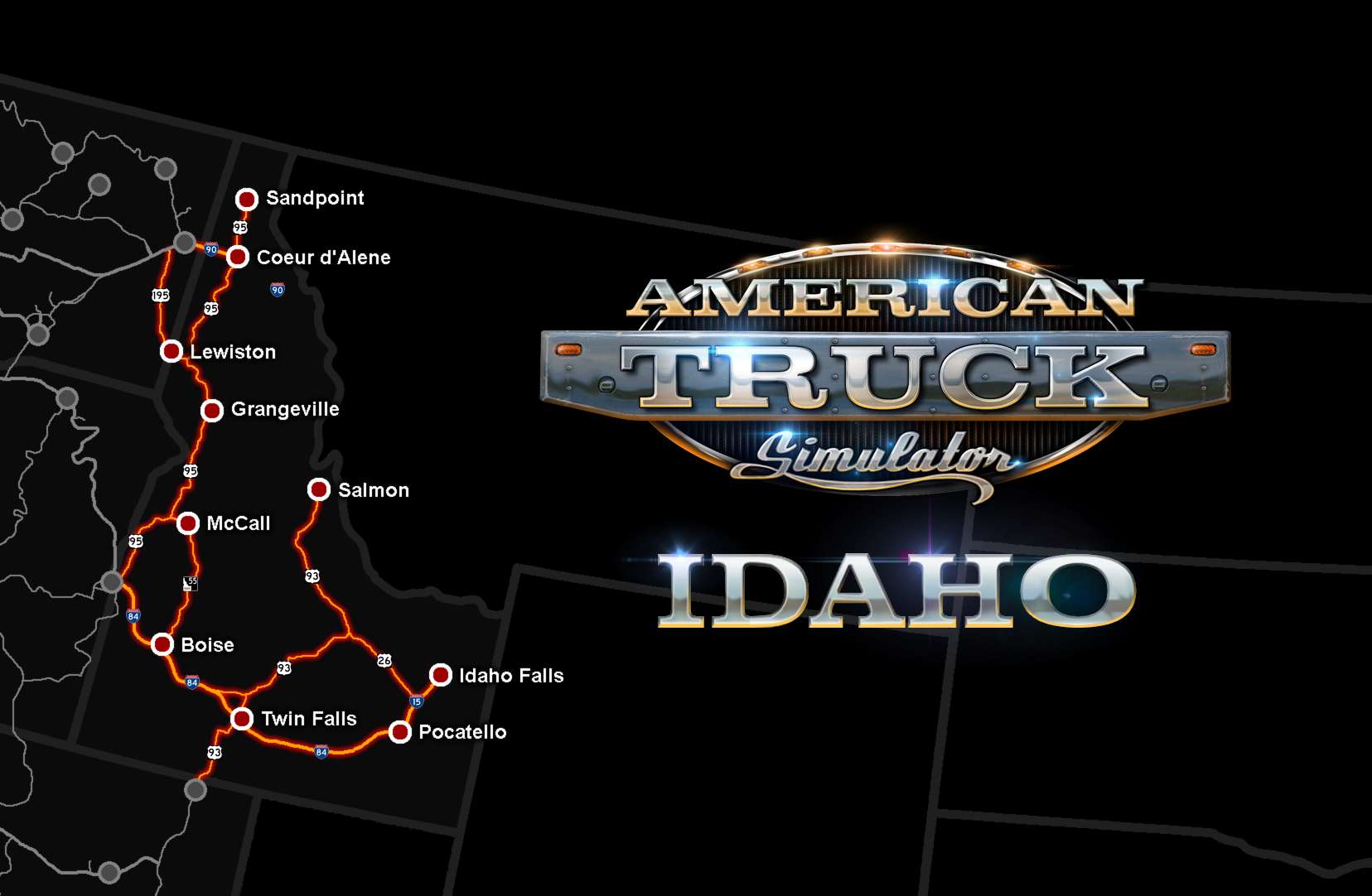 There are games for everyone. If you like trains, there are train simulators, if you like planes, there are flying simulators, and if you want to drive on every highway as a massive big rig, then there is American Truck Simulator. This 2016 release lets players drive on the open road transporting goods and making their away across the country.

American Truck Simulator picks up the mantel left by Euro Truck Simulator 2 and 19 Wheels of Steel as it lets all truck enthusiasts live out their dreams on the open digital world. This is a PC exclusive game, and although three years old is constantly updated with new maps, cargo, and events for players to interact with.

Have you heard the news? 😱

The next map expansion for #ATS has just been announced in our special Xmas live stream! 🎥

The state of Idaho is coming! Put it to your Steam wishlist now! 👇https://t.co/qcMwVv9nFw pic.twitter.com/kKmioI9E7k

This new DLC pack will be bringing the entire state of Idaho to players. By using map data from several sources, SCS Software has created a virtual ultra-detailed map of the United States to drive around in. This now means that any aspiring trucker can travel to Idaho, pick up some of those beloved golden potatoes, and transport them to any needed location.

Not only is this game super relaxing, but it also gives a close to an authentic experience of a big-rig driver. From stopping at rest stops to communicating via radio, the game lets you transport cargo from one point to another. Faster trucks are always wanted, but safety should always be a top consideration for any player.

The DLC description gives a good look at what fans can expect from this DLC Release. It reads, “Idaho is a northwestern U.S. state known for mountainous landscapes and vast swaths of protected wilderness and outdoor recreation areas. The capital, Boise, is set in the Rocky Mountain foothills and is bisected by the Boise River, which is popular for rafting and fishing.”

The game covers two time zones running from Canada to Nevada. It includes the entire western side of the continental divide of the Rocky Mountains. You will find the landscape dominated by rivers, mountains, and farmlands full of that golden potato goodness. Central Idaho is covered with jagged peaks, and the Snake River Plain is known for wide-open vistas and irrigated farmlands. Explore the vibrant cities within Southern Idaho and enjoy a break from the open-world in these small pockets of civilization.

Whether you are a trucking enthusiast or simply love the state of Idaho, this game has something to offer you. There is tons to do, and little time to do it, that is why they hire truckers like you.

This game is a PC exclusive. This means you can only find copies of American Truck Simulator within Steam. If you want to get in on the Idaho action, make sure you own a copy of the core game, you can add the DLC to your wishlist and keep up to date on its impending release.

Jan 25, 2021 Jeremy Green 3720
Covid-19 has been such a terrible virus that has plagued a lot of industries, including the gaming sector. Developers and publishers have had to...

Dec 17, 2020 Jeremy Green 4550
December has really just rolled right along. We're just a week out from Christmas and you can tell developers are getting festive with the themed...

Nov 8, 2020 Jeremy Green 6590
American Truck Simulator has been consistent in delivering authentic trucking experiences for those that want a taste of the trucker life. It has...